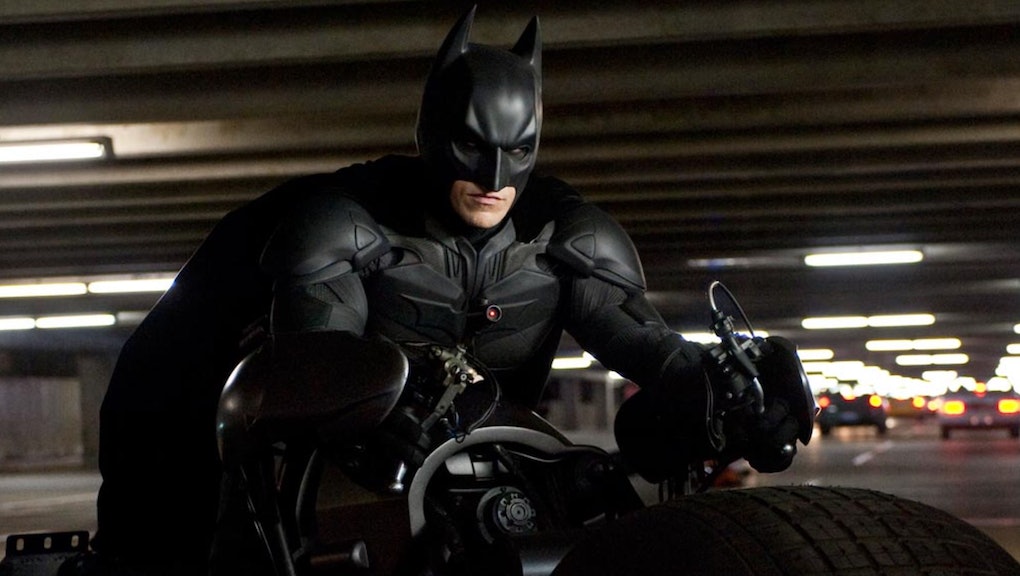 Exactly five years ago, one of the greatest trilogies in modern cinema came to a close. With The Dark Knight Rises, Christopher Nolan completed a journey that began in 2005 with Batman Begins and hit its peak in 2008 with arguably the greatest comic book film of all time, The Dark Knight. Yet, while The Dark Knight trilogy still casts a shadow over blockbuster culture (so much so that Nolan’s newest film, Dunkirk, is advertised as coming from the director behind “The Dark Knight Trilogy,” the series’ closing chapter is not remembered as fondly as its two predecessors.

When it was originally released, The Dark Knight Rises was both a financial and critical success (it holds an 87% approval on Rotten Tomatoes, for what it’s worth), but was still regarded by many as a letdown after the widely appreciated Dark Knight. And five years after its release, Rises’ reputation has definitely taken a hit — so much so it’s often included at the very bottom of lists that rank Nolan’s movies.

For IndieWire, film critic David Ehrlich ranked all of the director’s films, placing The Dark Knight Rises dead last. Touching on the difficulty Nolan faced trying to follow up The Dark Knight, Ehrlich wrote that The Dark Knight Rises “is the messiest thing that Nolan has ever made, an overstuffed movie that shares its hero’s desperate need to put this story behind him.”

More recently, in honor of Dunkirk’s imminent release, the Ringer published an article in which each member of the staff argued on behalf of their favorite Nolan film. Read through the post, though, and you’ll only find one mention of The Dark Knight Rises: “No one volunteered to argue for Following, Insomnia, or The Dark Knight Rises, which tells you where they stand in the hierarchy of Nolan’s films.” They couldn’t even get a staff member to feign interest in arguing for Nolan’s final Batman outing.

And it’s not just critics: There are certainly plenty of Reddit threads where fans detail their disappointment with Nolan’s third Batman film.

Even some of the positive reviews in 2012 weren’t exactly overwhelming endorsements. In a favorable write-up for the Atlantic, critic Christopher Orr touched on a common complaint about Rises: that it falls apart in the back end, specifically after Christian Bale’s Bruce Wayne is shipped halfway around the world following an ill-advised battle with the movie’s villain, Bane, played by Tom Hardy.

“The latter half of The Dark Knight Rises retreats toward conventionality and, while perfectly fine on its own merits, can’t help but disappoint,” Orr wrote.

But does the final film in Nolan’s Dark Knight trilogy really deserve such condemnation? The simple answer is no. It’s true, The Dark Knight Rises doesn’t live up to the ridiculously high bar set by its predecessor — how could it, really? But it does conclude one of the greatest superhero trilogies on a solid note. There is a reason Rises received predominantly strong reviews and a fantastic “A” Cinemascore upon its release — there’s plenty in this film to enjoy.

It may not be a perfect movie (there’s no excusing the McGuffin at the center of Catwoman’s story, the “clean slate”), but Nolan more than overcomes a messy plot with an engaging and brutal fight sequence between Batman and Bane, a brilliant performance from Anne Hathaway as Selina Kyle/Catwoman and, of course, his signature stunning visuals that include gorgeous sweeping shots of Gotham and a magnetic use of IMAX cameras, especially in the film’s opening scene in which Bane takes over and dismantles a CIA plane.

The Dark Knight Rises does have its flaws and it’s understandable to be a bit turned off by some aspects of the plot — whether it be the “clean slate” (which looks like just another flash drive) that can magically wipe away all traces of Catwoman’s criminal record or the inexplicable way that Bruce makes it back to Gotham after escaping Bane’s desert prison. But perhaps Rises’ biggest problem is the enormous expectations that come along with every new film Nolan directs (the curse of greatness, one might say) and the impossible task of trying to add anything to The Dark Knight.

But even with an at-times disjointed plot, The Dark Knight Rises is not without classic moments — Bane breaking Batman’s back is straight out of the comics and the Dark Knight announcing his return to Gotham in flames had to give more than few audience members goosebumps. And let’s be real, the first third of the film is a master class in near perfect comic-book storytelling, even rivaling the flawlessness of The Dark Knight.

Nolan took some of the best parts of Frank Miller’s acclaimed graphic novel, 1986’s The Dark Knight Returns, and pieced them together onscreen in spectacular fashion. Batman coming out of a self-induced retirement, losing a step and ultimately accepting help from a young ally was vintage Miller, without requiring audiences to be fluent fans. Following The Dark Knight, few probably thought they would find a bearded, withdrawn Bruce Wayne hiding in Wayne Manor, having long ditched the cape and cowl. But that is the Bruce Wayne that had to rise back up to take on a dangerous enemy dead set on destroying the city Batman fought so hard to protect.

And while very few (if any) would argue that Bane was a better, or more memorable, villain than Heath Ledger’s Joker in The Dark Knight, Tom Hardy’s intimidating performance did restore the reputation of a character absolutely decimated by one of the worst movies of all time: 1997’s Batman & Robin. Joel Schumacher’s late ’90s entry in the Bat-canon turned an unrivaled tactician, one of the few to ever discern Batman’s secret identity in the comics, into what basically amounted to a bumbling zombie. That’s the sign of a horrible, ill-conceived film.

But in Rises, Nolan and Hardy bring Bane to life in all his terrifying glory. He’s a brilliant, determined adversary in Nolan’s universe, who pushed Batman beyond his limits. And the muscled, masked villain is extremely quotable — “I’m Gotham’s reckoning” — which never hurts in the entertainment department. (I could quote this movie for hours and never get bored, even if Hardy’s muffled voice is a bit over the top — or maybe because of it).

Many may have been (or still are) turned off by The Dark Knight Rises’ possible commentary on populism or the Occupy Wall Street movement — though Nolan has denied that the film is political — but a film’s merits should not be judged on its political stance. It should be judged by its narrative, its ambition and its presentation.

Yes, The Dark Knight Rises quality pales in comparison to The Dark Knight, which is the greatest comic-book movie of all time. But on its five-year anniversary, I say it deserves a chance, and at least some recognition for what it is: a fitting end to an incredible three-part story.