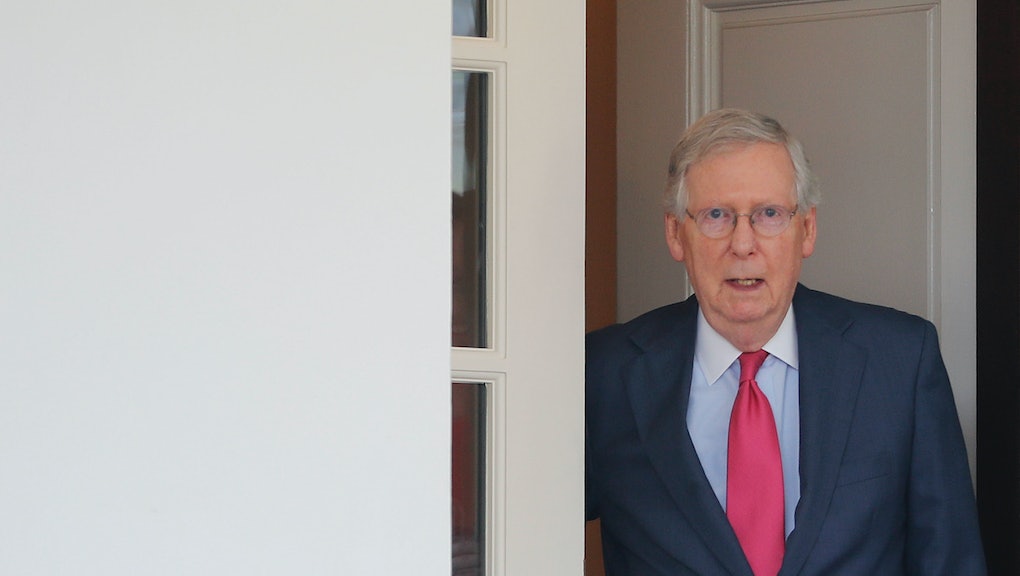 The Congressional Budget Office released their analysis on Wednesday of the GOP plan to pass a bill that would repeal the Affordable Care Act without any replacement.

The report finds that if the bill were to pass, 17 million people would lose health insurance in 2018 simply by repealing the individual mandate. That number would rise to 27 million by 2020 when the rest of the law is repealed, and then to 32 million by 2026.

The CBO’s report comes as Republican senators are holding a last-minute meeting to try and muster support for a new plan to repeal the ACA.

The new bill would also dramatically increase premiums in the individual market: They would be 25% higher than under current law in 2018, and reach nearly 100% by 2026.

Despite Republican concerns about insurers pulling out of the individual market in some counties, the CBO estimates that their latest bill would leave half the U.S. population living in places where no insurers would participate in the non-group market by 2020.