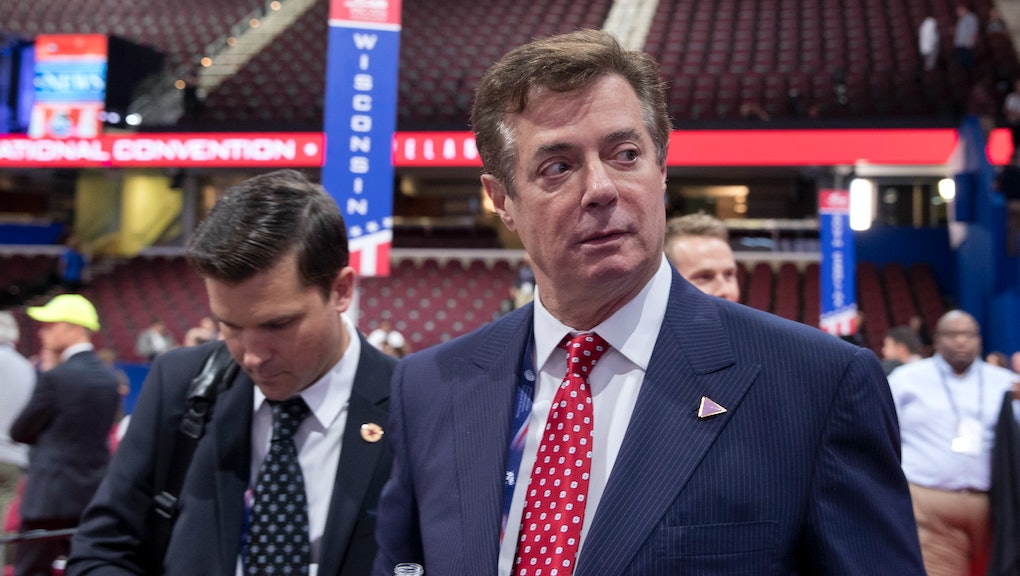 Paul Manafort was in debt to pro-Russia interests by as much as $17 million just before he decided to start working for the Trump campaign for free, according to the New York Times.

Financial records filed last year in the known Russian tax haven of Cyprus and obtained by the Times show that shell companies owned by Manafort were in a complex web of debt to pro-Russian interests. The records were certified in December 2015, not long after Russian Oligarch Oleg V. Deripaska filed a complaint in a Virginia court claiming Manafort and associates owed Deripaskia $19 million related to a failed investment in a Ukrainian television project.

Manafort had previously lobbied on behalf of Ukraine’s pro-Russia political party, the Party of Regions. In March of 2016, just after the records were filed with Cyprus government authorities, Manafort joined the Trump campaign as a pro-bono employee.

In communications with the Times, Manafort spokesman Jason Maloni did not deny that the debts may have existed at some point, but said that “Manafort is not indebted to Mr. Deripaska or the Party of Regions, nor was he at the time he began working for the Trump campaign.”

The Senate Judiciary Committee announced on Wednesday that both Manafort and President Donald Trump’s son, Donald Trump Jr., would be called to testify in open session next week.

Manafort has not yet publicly accepted that invitation.