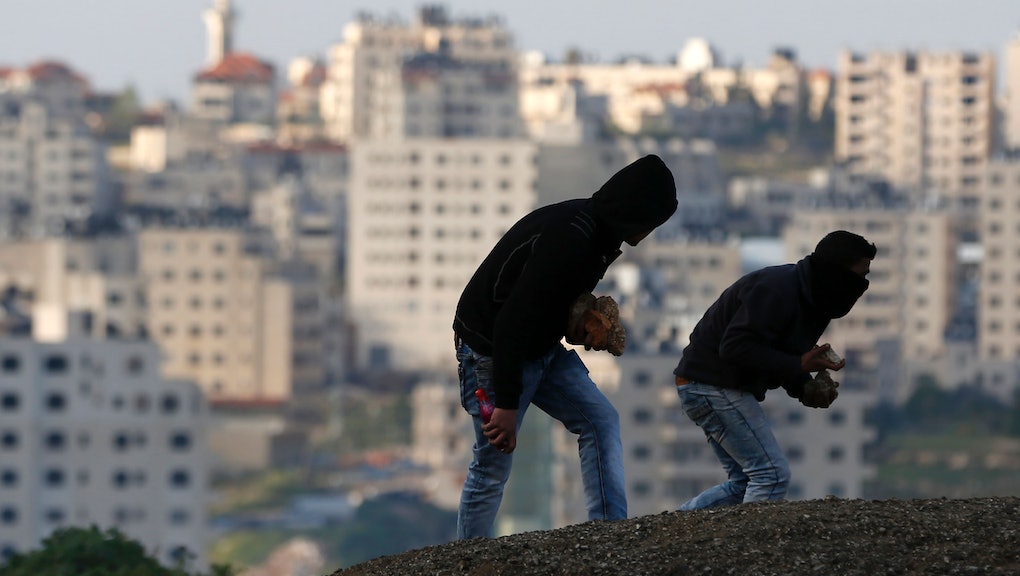 In spite of a United Nations resolution claiming that Israeli settlements built in Palestinian territory have “no legal validity” and present a “major obstacle to the vision of two states living side by side in peace,” a group of United States senators want to make it a federal crime for American citizens and businesses to boycott goods produced by Israeli companies in the occupied West Bank.

Introduced on March 23, the Israel Anti-Boycott Act (S. 720) would make it a felony to support international efforts to boycott Israeli occupation, according to the Intercept. Violation of the bill’s terms would result in a hefty punishment: a maximum civil penalty of $250,000, and a maximum criminal penalty of $1 million or 20 years in prison.

The bill, championed by 29 Republicans and 14 Democrats in total, was “drafted with the assistance of the American Israel Public Affairs Committee,” according to the Jewish Telegraphic Agency, a powerful lobbying group that advocates for pro-Israel policies in Washington and carries heavy bipartisan clout.

On July 17, the American Civil Liberties Union issued a letter urging U.S. lawmakers to refrain from supporting the bill, which it contends “would punish individuals for no reason other than their political beliefs.”

Cracking down on political activism against Israel’s occupation of Palestine has become a hot-button issue worldwide as of late, with French activists prosecuted for wearing T-shirts and the United Kingdom taking steps to ban anti-Israel activism outright.

But here in the U.S., the Intercept reports, lawmakers’ attempts to criminalize the boycott of Israel might be accidental more than anything else.

According to the report, many of the lawmakers who offered the bill their support may have failed to read the actual contents of the AIPAC-drafted legislation, including Democratic Sen. Benjamin Cardin, who repeatedly denied that the bill would result in criminal penalties, and New Jersey Sen. Bob Menendez, who said: “I’d want to read it … I’d really have to look at it.”