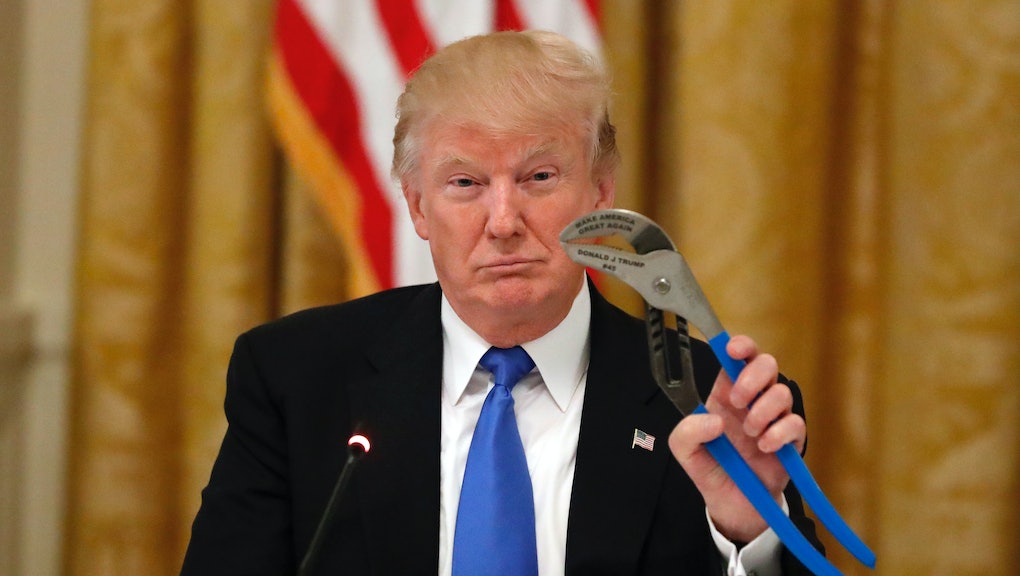 Donald Trump’s latest defense: Everyone has wronged me

Welcome to the political newsletter that remembers when John McCain told a voter in 2008 that Barack Obama was not Arab. Consider how much our politics have come since then.

Today: It’s a deluge of news out of Washington.

More: Donald Trump Jr. and Paul Manafort have been asked to testify before the Senate Judiciary Committee next week.

Even more: The CBO says repealing the Affordable Care Act with no replacement would lead to 32 million people losing health insurance.

Yes, more: Donald Trump says he wouldn’t have named Jeff Sessions as attorney general if he knew Sessions would recuse himself from the Russia investigation.

The 80-year-old Arizona Republican announced Wednesday night that he has an aggressive form of brain cancer, which was found after surgeons removed a blood clot above his left eye last week.

McCain is a crucial vote for Republicans, who hold a 52-48 majority in the Senate. The Vietnam veteran and 2008 Republican presidential candidate has been one of the few voices in the GOP willing to stand up to Trump. That has created a sometimes combative relationship between McCain and Trump, with the president saying in 2015 of the former POW’s war record: “I like people who weren’t captured.”

On Wednesday night, Trump said in a statement, “McCain has always been a fighter. ... Get well soon.”

Trump Jr. and Manafort expected in the Senate

The president’s son-in-law Jared Kushner will testify privately on Monday with the Senate Intelligence Committee. Manafort and Trump Jr. have not said whether they will testify publicly.

More on Manafort: The New York Times reported that Manafort was in debt to pro-Russian groups by as much as $17 million while he was working for Trump’s campaign.

That news from the Congressional Budget Office comes as Republicans continue to search for a way forward on health care reform. After their first two attempts could not muster necessary support in the Senate, the GOP plans to vote next week on allowing an open floor debate on shaping health care policy — not a vote on a coherent, scored plan.

Twenty Republicans met late into Wednesday evening to try to find consensus. They reported good progress, but no deal.

“[Jeff] Sessions should have never recused himself, and if he was going to recuse himself, he should have told me before he took the job and I would have picked somebody else,” Trump told the New York Times on Wednesday.

Sessions recused himself from the investigation into alleged Trump-Russia ties in March. Trump said that helped lead to the appointment of a special counsel — an inquiry Trump has repeatedly attacked.

Also from that interview: Trump vs. Mueller. Trump warned the former FBI director to keep his focus on Russia and not his personal finances. Trump also said the FBI should report directly to him.

Trump promised his voter integrity panel will be “very transparent.” He also suggested states that do not send their voter data to Washington are hiding something.

A top aide to the Republican chair of the House Foreign Affairs subcommittee has been fired for questionable trips to Moscow.

155 people were arrested on Capitol Hill on Wednesday for protesting the Republican effort to repeal the ACA.