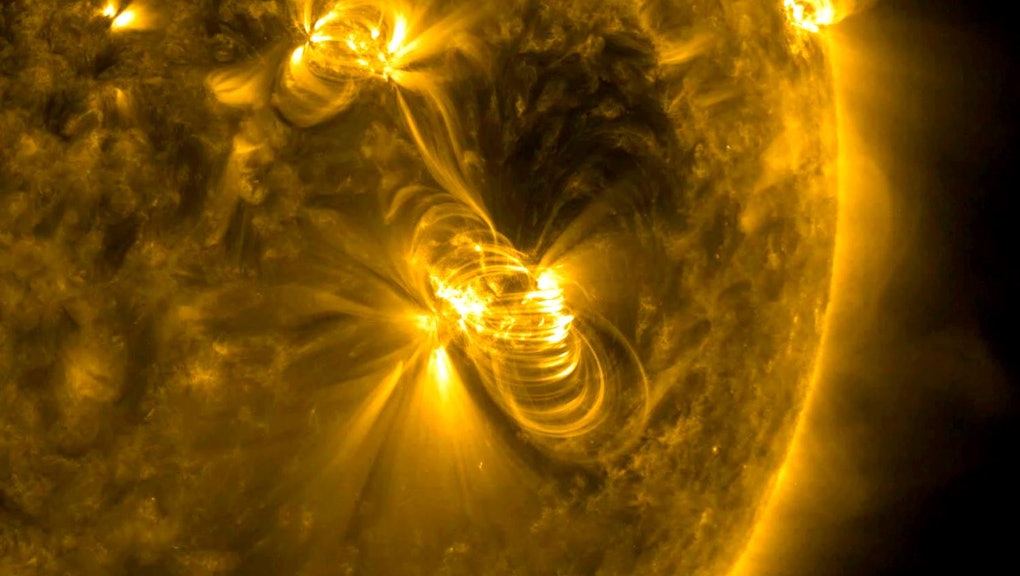 Total Solar Eclipse 2017: The mind-blowing mechanics of what you’ll see on Aug. 21

It’s common to explain a total solar eclipse as the moon blocking out the sun. If you’ve seen the classic photograph of a ring of light around the dark moon, you know that isn’t quite right.

That light comes from the sun’s outermost layer, called its corona. It’s one of the sun’s hottest regions, but we usually don’t see it because it isn’t very bright. A total solar eclipse, like the one that will cross the U.S. at 12:48:33 p.m. Eastern time on Aug. 21, blocks just enough of the brightest light to let us see the corona.

For a long time, scientists couldn’t figure out how the corona could be so hot. By hot, we mean that a chilly day in the corona starts at 900,000 degrees Fahrenheit and the region can easily reach a couple million degrees Fahrenheit. But the atom-smashing that fuels the sun happens at its core, hundreds of thousands of miles below the corona.

It turns out the sun’s magnetic fields pull streams of plasma, or charged particles, up through the layers of the sun to the corona. Sometimes the magnetic fields pull the plasma in giant loops back into the sun, called a coronal loop; other times, the fields break and push plasma away from the sun in a coronal mass ejection that can cause blackouts and navigation satellite disruption on Earth.

In the background of these sporadic and dramatic coronal events, individual particles in the corona sometimes manage to escape the sun’s gravity. Those particles become solar wind. Earth’s own magnetic fields protect us from solar wind, but it’s what gives comets their tail.

What you need to know about this summer’s total solar eclipse — the first to hit North America in nearly a century. Find out how to use NASA’s interactive map and the best places to go to see the rare event. You can also learn the physics behind the eclipse and the words to use when you talk about it.