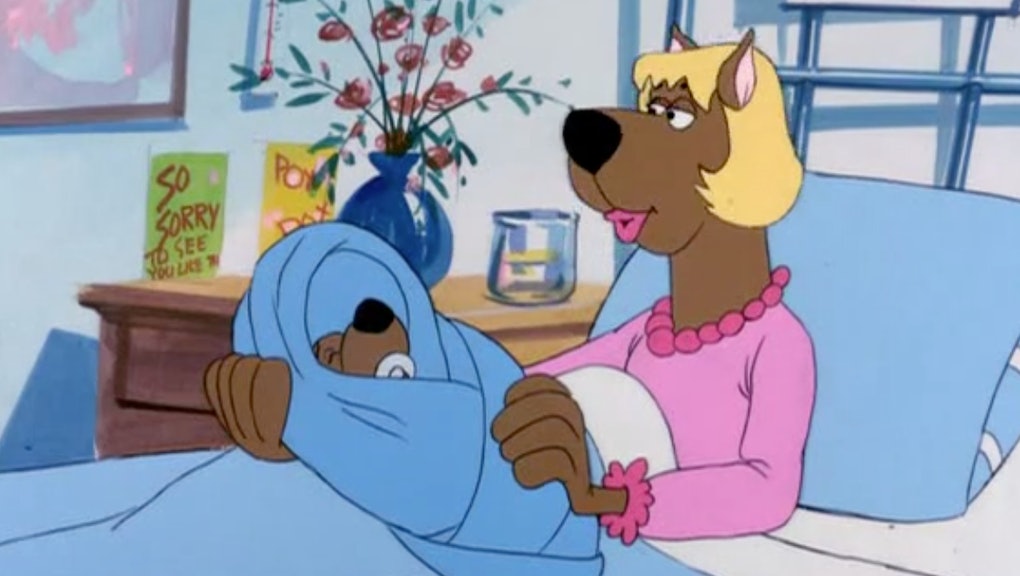 Nobody can say for sure who was first to screw the pooch, but Urban Dictionary is most likely the culprit.

Urban Dictionary may have been the first to get Scooby’s name wrong, but it certainly wasn’t the last.

In December 2013, months after Urban Dictionary’s erroneous definition became the most trusted on the site, BuzzFeed’s Ryan Broderick, an explorer of all things weird internet, tweeted out what he — and many — believed to be Scooby-Doo’s real name.

Broderick didn’t know it at the time, but he was contributing to the spread of what the Big Brown Dog himself would call “rake rews.” Not that the veracity of the claim has ever particularly mattered to the internet, which from here would birth a viral meme.

But unfortunately, the internet’s favorite meme is based on a premise that is, well, half true. Scooby-Doo’s real name isn’t Scoobert Doobert. It’s Scoobert Doo.

Scooby’s full name, “Scoobert,” is revealed in the 1988 Scooby-Doo spinoff A Pup Named Scooby-Doo, which focuses on Scooby, Shaggy, Daphne, Freddy and Velma’s adventures as children who solve mysteries. But Scoobert’s last name, Doo, was confirmed in “It’s a Wonderful Scoob,” a 1985 episode of the short-lived series The 13 Ghosts of Scooby-Doo.

In that episode, wizard Vincent Van Ghoul (voiced by the incomparable Vincent Price) uses magic to show Scoobert what life would be like for everyone Scooby loves if the dog doesn’t come out of retirement. Scooby had been taking it easy after an awful encounter with a demon.

Because of Van Ghoul’s spell, we get a glimpse at Scooby’s childhood. And on the day he was born, we see this on Mumsy-Doo’s hospital bed.

And there you have it: Mrs. Doo’s last name isn’t Doobert. It’s Doo. So’s Scoobert’s.

When Mic slid into Broderick’s DMs for comment, the journalist replied that he didn’t approve.

“I refuse to accept this,” Broderick said. “But if it is true, at least I can have solace in the fact that the producer of both Scooby-Doo live-action films is named Dick Suckle and was born in 1969.”