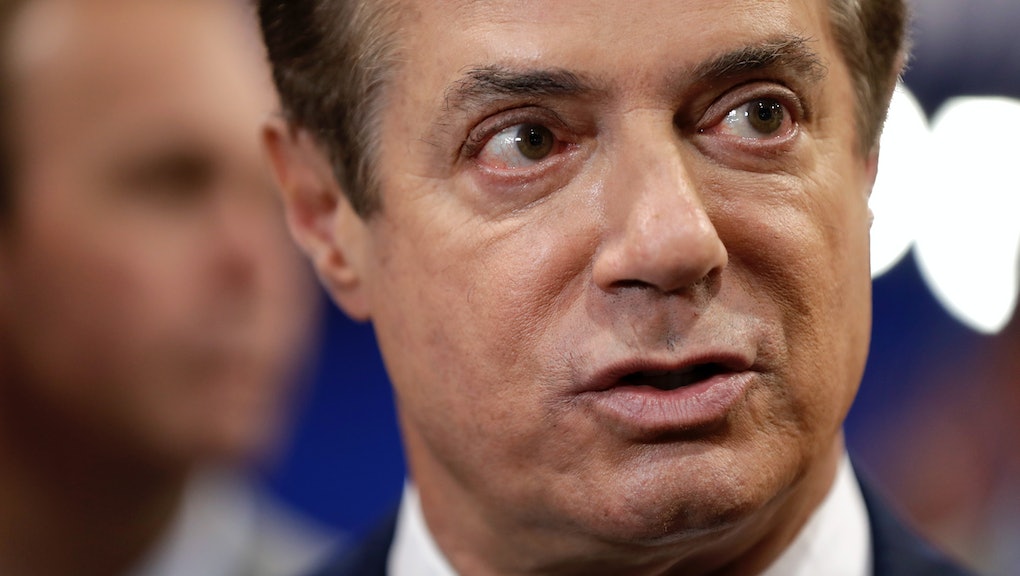 A new report from the Wall Street Journal claims that former Trump campaign chair Paul Manafort is being investigated for possible money laundering.

Manafort has previously been accused of taking off-the-books payments from Russia-linked politicians in Ukraine, and the New York Times reported this week that Manafort owed $17 million to Russia-linked sources just before joining the Trump campaign.

On Wednesday, it was reported that Manafort, along with Trump’s eldest son, Donald Trump Jr., have been asked to testify before the Senate Judiciary Committee in open session on July 26.

Manafort has not yet publicly responded to the request.