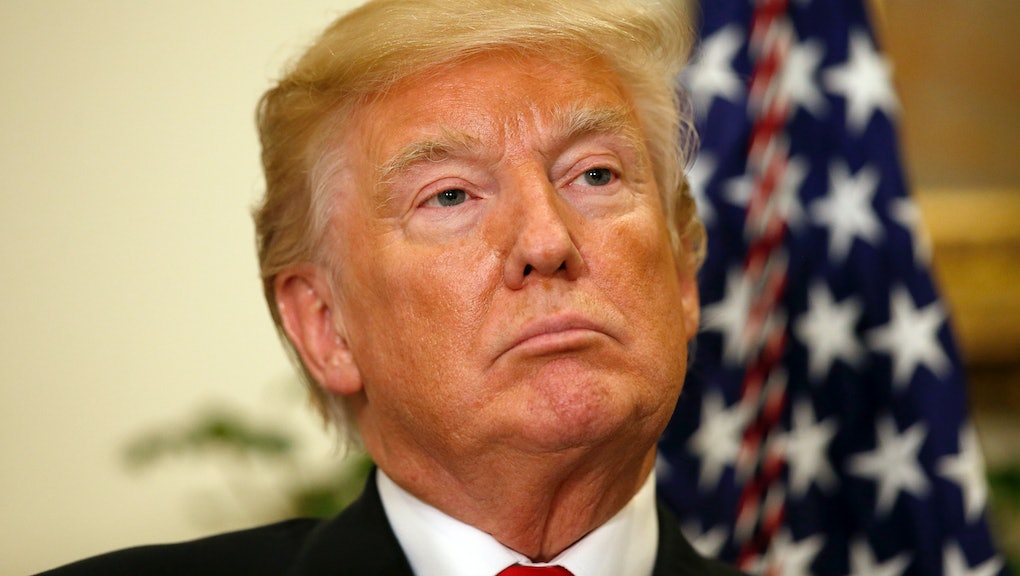 President Donald Trump reportedly has been asking his advisers about his ability to pardon family members and even himself, according to the Washington Post.

In a new bombshell report, the Post claims that Trump and his team have been looking into ways to “limit or undercut” special counsel Robert Mueller’s investigation into his campaign and alleged ties to Russia.

Trump was reportedly frustrated to learn that Mueller’s investigation can go beyond just the Russia inquiry to explore his and his family’s financial dealings.

Trump is also said to be especially concerned by the fact that Mueller could access several years of his tax returns.

An adviser close to Trump attempted to play down the pardoning questions telling the Post that he was simply expressing curiosity on the issue.

“This is not in the context of, ‘I can’t wait to pardon myself,’” the adviser reportedly said.

Among the reported conflicts the administration is considering are donations by several of Mueller’s prosecutors to Democratic candidates and an alleged disagreement about membership fees at one of Trump’s golf courses that Mueller was once a member of.

A spokesperson for Mueller told the post that there were no disputes about fees when Mueller left the club in 2011.