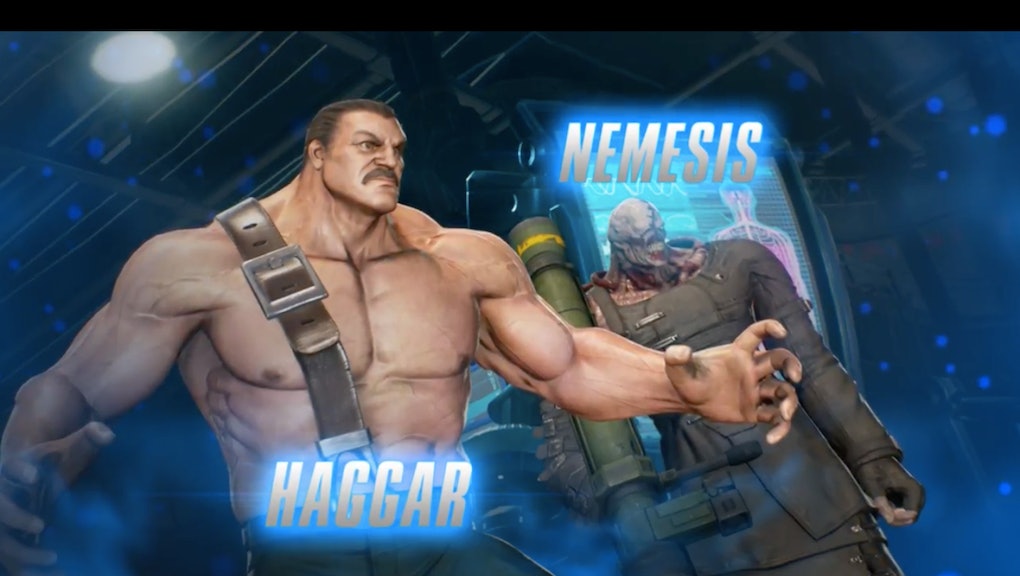 The latest entry in the Marvel vs. Capcom franchise — Marvel vs. Capcom: Infinite — arrives on Sept. 19. If you already tried the free demo released last month and found the roster to be a little disappointing, you‘re in luck.

A new Marvel vs. Capcom: Infinite trailer dropped Thursday, showcasing some new characters. Unfortunately, if you were hoping for X-Men, you’re still out of luck. Read on for more info below.

According to GameSpot, the “new” additions are actually returning characters to the series: Nemesis from Resident Evil, Mayor Mike Haggar from Final Fight and Frank West from Dead Rising. The only new Marvel character to debut is Spider-Man. This information was first revealed during a Marvel gaming panel at San Diego Comic Con, but the official trailer has since been uploaded to YouTube.

This video provides a brief look at what each of these new characters will play like, along with a look at Gamora’s gameplay as well. It might be a little disappointing for those hoping for “new” character reveals, but fans of everyone’s favorite chicken-eating mayor are sure to be pleased by the news.

According to GameSpot, this brings the total roster to above two dozen characters. Hopefully you’ll be able to find a few you like among them, and there’s bound to be some extra additions coming down the line. We’re still pretty bummed about not being able to complete the Fastball Special with Wolverine, though.