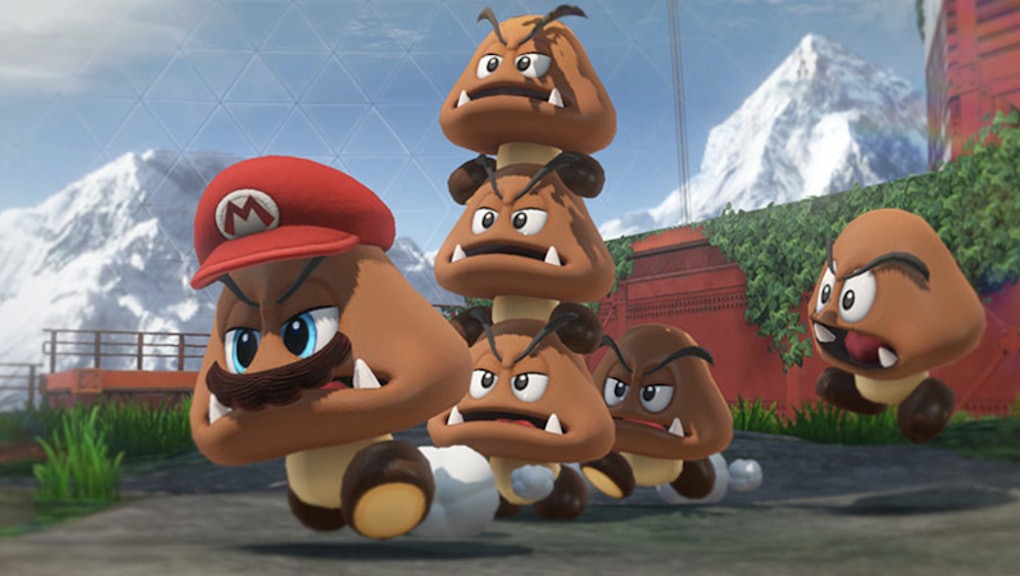 Super Smash Bros. is about to get weird. Sure, the fighting game has seen its fair share of changes over the years, but the next iteration — expected to hit the Nintendo Switch eventually — could literally change everything.

Why, you ask? It all comes down to Cappy, the sentient, demonic red hat set to debut in Super Mario Odyssey later this year.

Super Smash Bros. Switch: Why Cappy is so important

Super Mario Odyssey won’t launch until Oct. 27 but Nintendo offered a detailed look at the game at E3 2017 in June. The game looks like a big departure from the long-running Mario series, and most of that is thanks to Cappy.

Cappy is basically just Mario’s classic red hat, but with cartoony eyes above the brim. You can throw it like a boomerang and jump on it to cross large gaps. Most importantly, though, throwing Cappy at specific living or inanimate object will give it a Mario makeover (a red hat and a mustache) and lets you control it in the game.

You can control anything from a Goomba to a dinosaur to a taxi. Yes, seriously.

This has led to countless Cappy jokes and memes. Nintendo even chimed in at one point to correct the misconception that you’ll possess other characters and objects in Super Mario Odyssey. “Um, actually he’s been ‘Captured’ by Mario,” the company clarified after this tweet went viral.

Super Smash Bros. Switch: Why Cappy could change everything

This brings me to my main point, which is that when Cappy hits Super Smash Bros., things are going to get weird. Possessing — fine, Nintendo, capturing — characters in a Mario game is one thing, but what does that mean when you’re playing against other classic heroes and villains like Kirby, Link and Mewtwo?

Will Mario be able to take control of his opponents? Or will you simply neutralize them when they’re “captured” by Cappy? The demonic hell hat might even get to be its own character in the game, though I can’t even imagine would that would look like.

Regardless, if Nintendo wants to include Cappy in Super Smash Bros. Switch it’s going to mean some big changes to the fighting game series.

Learn more about Super Smash Bros 4 on the Nintendo Switch, including Nintendo’s president confirming the game, what the new amiibo could mean for the series and why you may have to wait until 2018. Here’s why we could see new characters added to the roster (yes, including Rayman) and all the other games like Smash Bros that Nintendo hasn’t confirmed that we can probably expect.