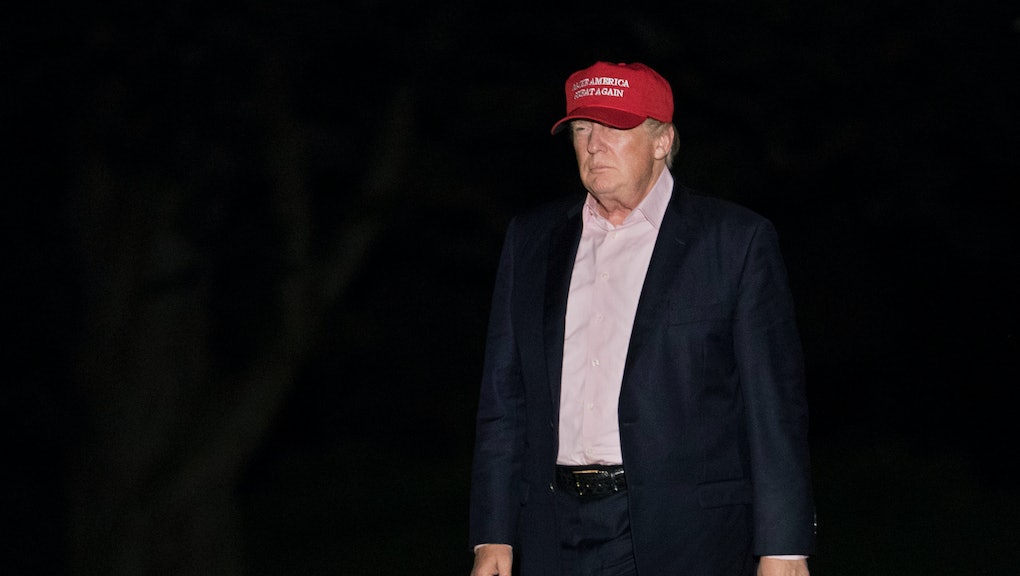 Trump is reportedly looking into his pardoning power. Here’s why that could backfire.

President Donald Trump is struggling to tread water as investigations into his campaign’s possible Russia ties intensify. He has reportedly been exploring his power to pardon his associates, family and even himself.

A Trump adviser dismissed the president’s questions as mere curiosity, but the Washington Post reported that he is concerned about the scope of special counsel Robert Mueller’s investigation and has been seeking to undermine it.

But could he really save himself and those close to him from potential legal trouble through presidential pardon? And what would happen if he tried?

Does Trump have pardoning power?

The short answer is: kind of.

Article II, section 2, clause 1 of the United States Constitution gives the president the power to “grant reprieves and pardons for offenses against the United States, except in cases of impeachment.”

So while pardons cover federal criminal offenses, they in no way would protect against impeachment or removal from office.

As for whether Trump can pardon himself, well — that’s not so clear.

As Michigan State University law professor Brian Kalt noted in Foreign Policy back in May, no president has ever attempted to pardon himself. In fact, according to Kalt, only Richard Nixon even considered doing so, though he ultimately decided against it.

That means we’d be entering pretty uncharted legal territory, and — as Kalt explains — there are decent arguments on each side.

Trump’s would be simple: The Constitution does not explicitly say you can’t.

The opposing argument, Kalt writes, would be that a pardon, by definition, is something one bestows on another person. It’s a legal tango that would seemingly require two dancers, in other words — and one that would probably be limited by “the venerable maxim that no one may be the judge in his own case,” according to Kalt.

That’s a stronger constitutional argument, according to Santa Clara University law professor Margaret Russell, because to take an “it didn’t say I can’t” interpretation — while not a “ludicrous” argument —would seemingly give the president unlimited power.

“There wouldn’t be checks and balances if we read the pardon power that way,” Russell said. “We’d have a despot if we had a constitutional interpretation that the president could do anything and pardon himself because the constitution doesn’t explicitly say he can’t.”

Legal or not, pardoning himself — and his associates — for any hypothetical crimes they may have committed could spell trouble for Trump.

As Harvard University constitutional law professor Laurence Tribe noted on Twitter Thursday, pardoning any of his associates would essentially waive their constitutional right to plead the fifth — essentially “putting them in a position of lying or of having to answer questions that could be incriminating,” Russell explained.

The mere act of issuing such a pardon could open the door for impeachment, Kathleen Clark, a professor of law at Washington University, pointed out.

“If Trump were to attempt to pardon himself and if he gave pardons to others in an attempt to get around Mueller’s investigation, that would be impeachable act,” Clark said in a phone interview. “He would essentially be undermining the rule of law and short-circuiting a criminal invest into him and his associates and using presidential power in a way that is illegitimate.”

The news that Trump has been asking questions about his pardoning power came as it was being reported that his team has also been actively seeking to undermine Mueller’s investigation, which former Obama administration ethics lawyer and frequent Trump critic Norm Eisen warned could approach obstruction of justice territory.

That — combined with critical remarks about Attorney General Jeff Sessions and Mueller in a New York Times interview this week — represents the latest chapter in what Russell describes as the country’s “constitutional crisis,” wherein the president is “deliberately pushing the envelope in terms of the Constitution.”

“I think it harkens back to a moment during his campaign when he basically said, ‘I could stand in the middle of Fifth Avenue and shoot somebody and nobody would stop me,’” Russell said, referring to one of Trump’s most outrageous statements of the 2016 campaign. “I think this is the equivalent of shooting and seeing if anyone will stop you.”

Russel continued, “The crisis is to see if it really works — if the legislative branch and the courts and the public will come forward.”