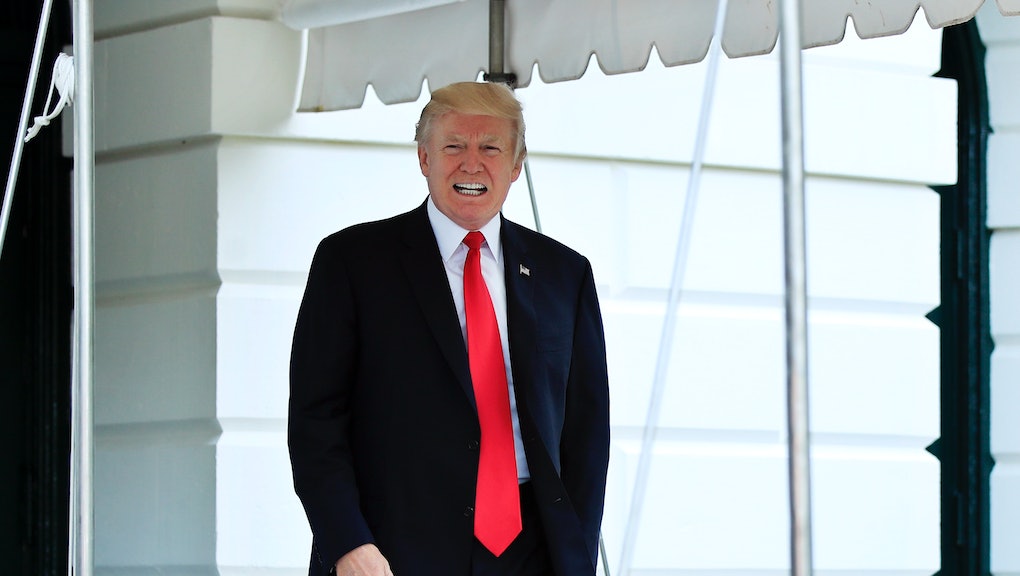 President Donald Trump went on quite a tear early Saturday, cranking out a 10-tweet rant against Hillary Clinton, Democrats and the “Amazon Washington Post” — all before most Americans had even finished their morning covfefe.

“These illegal leaks, like Comey’s, must stop!” Trump tweeted, shoehorning the fired FBI director into his attack on the media.

The “failing” New York Times was the next target of Trump’s roast, accusing the newspaper of having “foiled” the United States’ attempt to kill ISIS leader Abu Bakr al-Baghdadi.

Trump did not provide any further explanation, but the tweet evidently came 20 minutes after a Fox and Friends segment aired a nearly identical headline.

After giving the media the old what-for, Trump announced he would be “going to the Commissioning Ceremony for the largest aircraft carrier in the world, The Gerald R. Ford. Norfolk, Va.”

Then, it was on to a rant about Russia, Clinton and his “complete power to pardon.”

He also took a few minutes to give a shout out to his new communications director, Anthony “the Mooch” Scaramucci, who had previously slammed his new boss as a “hack politician” with “anti-American rhetoric.” Scaramucci has since deleted many of the tweets.

The last item on Trump’s agenda was health care. He urged Republicans to repeal and replace the Affordable Care Act, which they have so far been unable to do, and accused Democrats of being “obstructionists” with “no ideas.”