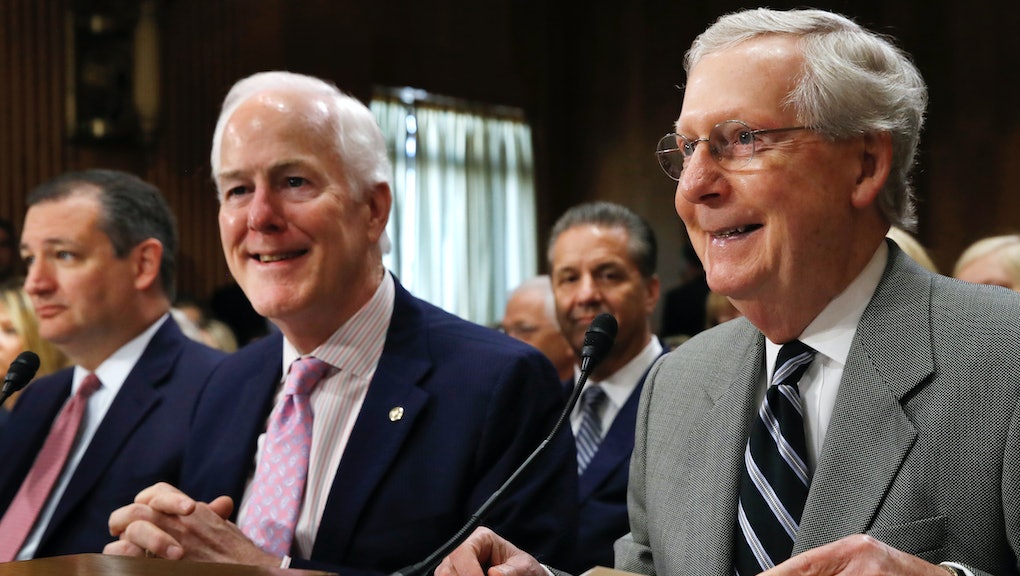 Senate Republicans are giving new meaning to the infamous quote from former House Majority Leader Nancy Pelosi, “We have to pass the bill so that you can find out what is in it.”

Less than 48 hours from their planned health care vote, Senate Republicans have no idea what health care bill they’ll vote on, the Wall Street Journal reported — a lack of transparency that’s led to widespread criticism.

Possible plans Republicans could put to a vote are the following:

1. A straight repeal with no replacement. The nonpartisan Congressional Budget Office says this would cause 32 million to lose their coverage and would double premiums.

2. Some version of Better Care Reconciliation Act. There are a couple versions of the BCRA floating around. The CBO says the plan would lead to 22 million people losing their coverage and would also raise costs for people in the immediate future. But the bill faces procedural challenges. The Senate parliamentarian on Friday said Republicans must strip certain measures from the bill — including abortion restrictions — or else the bill will be subject to a filibuster. Since Republicans already can’t cobble together 50 votes for the plan, requiring a 60-vote filibuster-proof threshold would no doubt kill the bill.

3. A version of the BCRA that includes an amendment from Sen. Ted Cruz (R-Texas). That amendment would, for all intents and purposes, create a high-risk pool that would lead people with pre-existing conditions to pay more for their coverage. The CBO has yet to score this proposal. Remember: Republicans demanded CBO scores when Democrats were seeking to pass the Affordable Care Act back in 2010.

Senate Majority Whip John Cornyn (R-Texas) said Republicans do not have the “luxury” of letting people know what plan will be voted on before actually scheduling the vote.

But Democrats and other opponents of the opaque process Republicans have used throughout the health care reform process don’t buy that.

“It is B-A-N-A-N-A-S that we’re less than 48 hours away from a vote on reordering one-fifth of the U.S. economy and we don’t know what’s in the bill,” Sen. Chris Murphy (D-Conn.) tweeted Sunday evening.