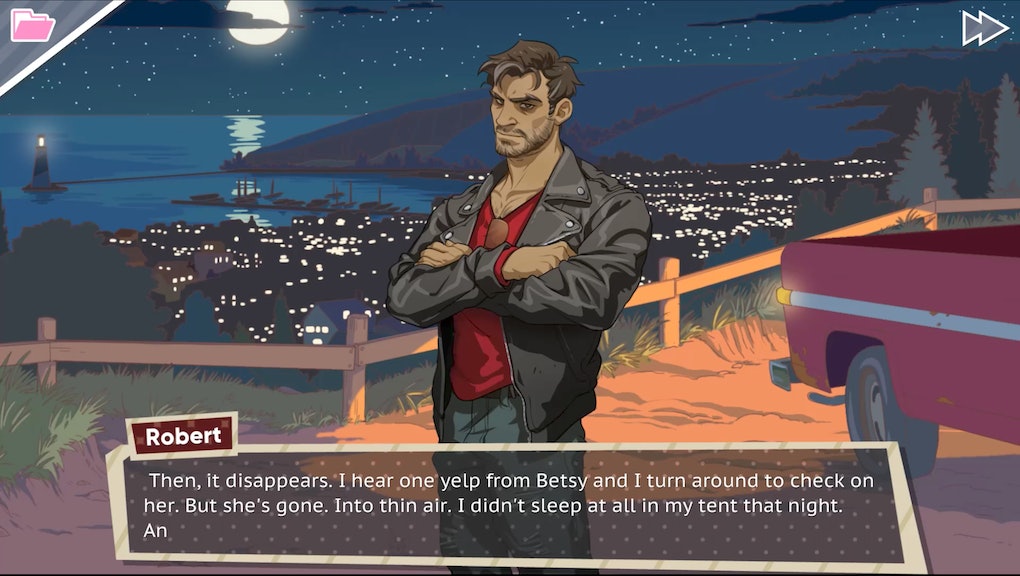 ‘Dream Daddy’ Robert Ending Guide: What you can expect after all your dates with the bad dad

In Dream Daddy, Robert has become a fan favorite. He fits the sexy and brooding archetype that a lot of fandoms love.

There are a bunch of hot dads and storylines to fulfill — so if you’re curious about Robert’s ending, we’ve got you covered.

The last scene with Robert starts with his daughter, Val. Val explains that since Robert met you, he’s been a much better father. Val thanks the main character for the positive changes in her father’s personality, including ensuring that he’s not neglectful, which is intense.

This is followed by a touching exchange between Val and the main character’s own daughter, Amanda. Amanda compliments Val’s style and Val offers to help Amanda out with a photography internship.

If you want to watch the scene, it starts at about 59:30 in this video.