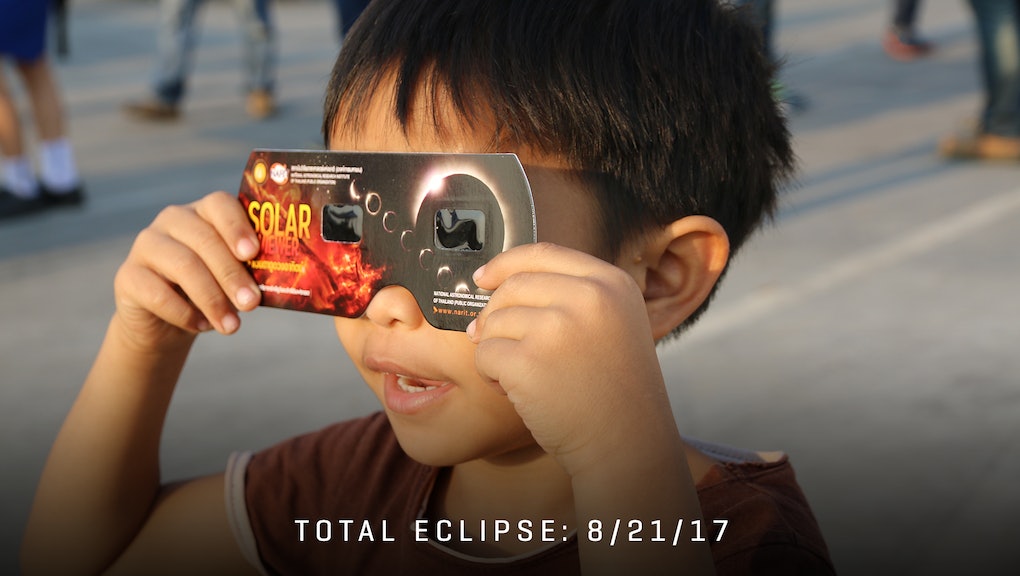 Solar Eclipse 2017: You can help NASA with your observations on Aug. 21

NASA is celebrating the first American total solar eclipse of the smartphone era with a citizen science project that will let eclipse viewers provide data to help scientists understand how much energy from the sun reaches Earth’s surface.

To take part, you’ll need to download the program’s free app, called GLOBE Observer. Once you’ve installed it, set up an account with a valid email address (the application will automatically assign your password and email it to you).

You can download the app any time between now and Aug. 21, but the data portal for eclipse observations won’t launch until Aug. 18. They need data from both on and off the path of totality, so you can take part wherever in the United States you’ll be on the big day.

The program is asking for data before and after the climax of the eclipse, so signing up won’t affect your ability to enjoy the spectacle.

Armed with just your phone, you can contribute by watching cloud cover for the two hours before and after the moon crosses the sun. The GLOBE program is asking contributors to aim for a photograph every 15 to 30 minutes within that window. If a photo doesn’t do justice to everything you’re seeing, you can also type in a note.

If you’ve got a thermometer on hand, you can also measure how much the temperature changes as the eclipse happens. For these observations, GLOBE is hoping for a measurement every 10 minutes for two hours on each side of the eclipse, preferably speeding up to every five minutes for the hour immediately surrounding the eclipse. You can take those measurements wherever you are, as long as you hold the thermometer in the shade (that can be your own shadow). If you’re intrigued but want to focus on the eclipse experience, you can also take these measurements on Aug. 20 to give the team something to compare to.

GLOBE is also looking for some more complicated data if you have snazzier equipment like an infrared thermometer or an anemometer for wind speeds. To submit these observations, however, you’ll need to study up on some training materials and pass quizzes to show you know what you’re doing.

The app will walk you through collecting your data and can send you reminders if you’re worried about losing track of time, as long as you allow notifications.

All of the information people submit will be banked together for scientists and students to analyze. Like NASA’s own on-the-ground measurements and contributions from instruments in space, the data will help scientists understand how much energy Earth gets from the sun.

If you don’t want to wait until Aug. 20 to get started, the GLOBE Observer app already has two projects in the works, one on cloud observations and one tracking mosquito habitat and larvae. Happy science-ing!

What you need to know about this summer’s total solar eclipse — the first to hit North America in nearly a century. Find out how to use NASA’s interactive map and the best places to go to see the rare event. You can also learn the physics behind the eclipse and the words to use when you talk about it.