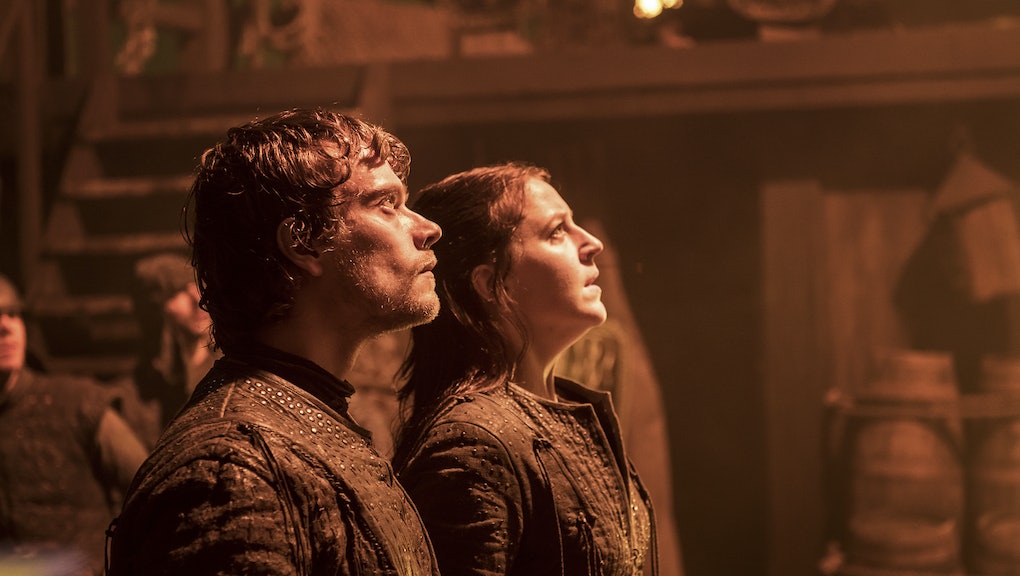 There are certain moments on Game of Thrones that might be too much to bear — like when Samwell Tarly pokes and prods Jorah Mormont’s puss-filled greyscale sores, or when Euron Greyjoy Captain-Jack-Sparrow’s his way onto Yara’s ship and terrifies Theon back into full Reek mode. At times like these, a little humor goes a long way, which is why it’s good to always have Twitter open during Thrones.

Good Game of Thrones live-tweeters are a precious treasure as valuable as the buried cache of dragonglass beneath Dragonstone. Here are seven of our favorites to follow while watching HBO’s epic fantasy series. We’ve included some examples of clever quips and astute observations they all shared during the most recent episode of Thrones. These people tweet and they know things.

After six seasons of shocking reveals and a stream of bizarre and brutal deaths, it’s hard to imagine anything shocking a Game of Thrones fan at this point. But alas, we’re two episodes into the seventh season and it’s clear the showrunners still have a few tricks up their sleeves. BuzzFeed News deputy editor Hayes Brown agrees, per this classic Dexter GIF:

As the Mother of Dragons totally owns the opening scene of episode two by squeezing Varys, questioning his loyalty and his self-serving nature, pop-culture commentator Crissle made an great point: How does Dany get her hair so perfect?

Littlefinger, Game of Thrones’ resident creeper, has a bad habit of lingering in the shadows. As Jon Snow monologues to his lords about meeting with Daenerys at Dragonstone, the camera cuts to a dimly lit section of the room. Who’s propped up against the wall? Littlefinger, with his perma-smirk gleaming in the candlelight. ESPN writer J.A. Adande immediately posed a question:

It took six long seasons, but Game of Thrones finally gave fans the feminist sex scene they deserve. Grey Worm and Missandei have been awkwardly flirting for what feels like an eternity, but in the second episode of season seven they become intimate. Their display of love was genuine and tender, and Black Girl Nerds founder Jamie Broadnax noted the sweet moment.

In the season five finale, the Faith Militant cuts Cersei’s hair and forces her to walk naked through the streets — punishment for her affair with her cousin, Lancel Lannister. In season six, Euron vows to build a new fleet of ships after Yara steals a portion of his naval armada. Somehow, the H&M-wearing pirate manages to complete his task before Cersei can grow her hair back, a point made by actor Torrance Coombs, who plays Count Paris on ABC’s Romeo and Juliet-adjacent period drama Still Star-Crossed.

Theon reverting to Reek and leaving his sister to be captured by Euron is the single most frustrating moment from the most recent episode of Thrones. Sure, he’s suffered enough at the hands of Ramsay Bolton and the thought of being captured again must have terrified him to no end, but seriously? After Reek jumped ship, T-Pain jumped on Twitter.

The first two episodes of season seven proved that the Game of Thrones editors are actively trying to make fans lose their lunch. In the premiere, our dearest Sam switches between washing diarrhea-filled bed pans and serving diarrhea-looking soup; in the second episode he flays Mormont’s greyscale-covered skin like a gyro. The maester-in-training conducts his surgery in secrecy, and asks Mormont to keep quiet while he saws away with his medieval scalpel. Comedian and Saturday Night Live star Leslie Jones thought Sam could’ve helped Mormont kill the pain a bit more: