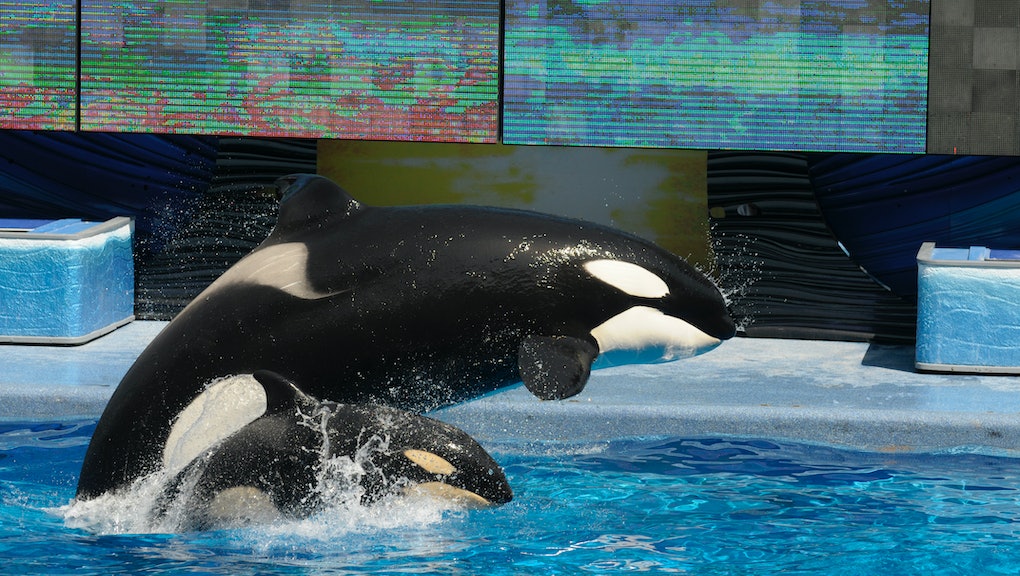 Kyara, a three-month-old orca calf, the last to be born in captivity at a SeaWorld facility, died on Monday after “serious and progressive health issues,” the company said in a statement on Monday.

The three-month-old calf was born at the company’s San Antonio, Texas, park, and was the last new orca, or killer whale, to be born into SeaWorld’s controversial breeding program, CNN reported on Tuesday. The company announced in 2016 that it was shutting down the breeding program and that the current generation of orcas would be the last to live at the park.

Kyara’s mother, an orca named Takara, was already pregnant when the company announced it would end the breeding program, CNN reported.

A statement from SeaWorld about the calf’s death said that she had been treated for an infection, likely pneumonia, but her cause of death won’t be clear until the company’s veterinary team concludes a full-post mortem.

In the statement, SeaWorld claims that her death was not a result of being in captivity and that “pneumonia has been identified as the most common cause of mortality and illness in whales in dolphins, both in the wild and in zoological facilities.”

However marine mammal scientists have argued that keeping orcas in captivity is both physically and psychologically harmful to the animals, and have questioned SeaWorld’s claims that orcas’ life expectancy in captivity is comparable to the lifespans of orcas in the wild, the BBC reported in 2016.

Animal advocates have long criticized SeaWorld’s practice of keeping and training captive orcas, and criticism only amplified after the 2013 documentary Blackfish, which focused on Tilikum, a SeaWorld orca who was involved in the deaths of three people during his time in captivity. Tilikum died in January at the park’s Orlando, Florida, facility.