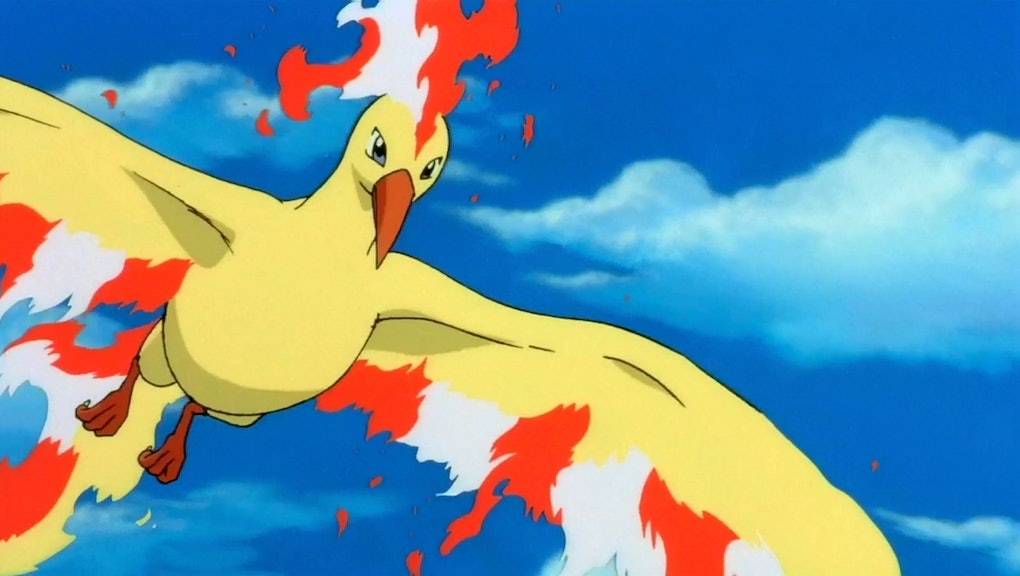 ‘Pokémon Go’ Moltres Event: How to prepare for a sighting of the legendary fire bird’s raid debut

Legendary raids are in Pokémon Go as of July 23. Following their announcement at the Pokémon Go Fest on July 22, Articuno and Lugia have begun spawning all over the world. Sadly, they’re not going to stick around forever, according to official statements.

But before you get too disappointed at the limited window for catching Team Mystic’s banner Pokémon, there’s some good news. Zapdos and Moltres will be appearing in-game soon as well. Here’s how you can start preparing for Moltres.

The most important part of defeating any raid Pokémon is knowing what counters to use on it, and legendaries are no different. We previously covered a fan’s suggested counters to each legendary, so that’s a good place to start if you’re really unsure about what to use against Moltres. I mean, you should probably have a Tyranitar in your back pocket, anyway.

If you’re looking for more specific counters, the YouTube account Trainer Tips has some specific suggestions for each Gen 1 legendary bird:

Along with Golem, Tyranitar and Omastar with rock type moves, Trainer Tips recommends focusing on water type Pokémon to round out your anti-Moltres team. Specifically, he suggests having a Feraligatr, Vaporeon and Kingdra with Water Gun and Hydro Pump.

If legendary raids are enticing you to come off the bench for the first time, bear in mind that raids are tough. Really tough. Articuno clocks in around 37,000 CP, well over 10 times that of the strongest available Pokémon based on the Silph Road’s max CP rankings. It’s imperative that you stock up on revives and healing items, because chances are even your best counters are going to get knocked out, and you’ll have to heal them up to get back in the fight.

Trainer Tips also suggests that you save up as many rare candies as you can in preparation for catching a Moltres at the end of your raid. According to him, you capture raid Pokémon at level 20, which means that it’ll take 278 rare candies to get your Moltres up to level 40 power levels. Unless you’re a raiding machine, it’s pretty doubtful you’ve accumulated that many, but that doesn’t mean you can’t get a head start.

Other than that, the biggest trick will be coordinating with enough trainers to take on a raid. Although it’s still in beta, the Silph Radio is a good place to report and check out raids in your area. You can always join a Discord server as well, but one thing’s for sure: Taking down a legendary bird will take teamwork.

Raids are here — and not just for ordinary Pokémon. Check out our coverage of the legendaries now in-game, Lugia and Articuno. If that’s not enough, check out our tips for making the most of raids and what counters you should focus on finding, as well as what to do with the Golden Razz Berries and TMs you find after completing them. Find out what went wrong at the Pokémon Go Fest in Chicago while you wait for the debut of the European Safari Zones in August and September. Finally, check out some reporting on the issues plaguing rural players a year after launch, how the game created a space for black female gamers and how Pokémon Go can continue to build its community.