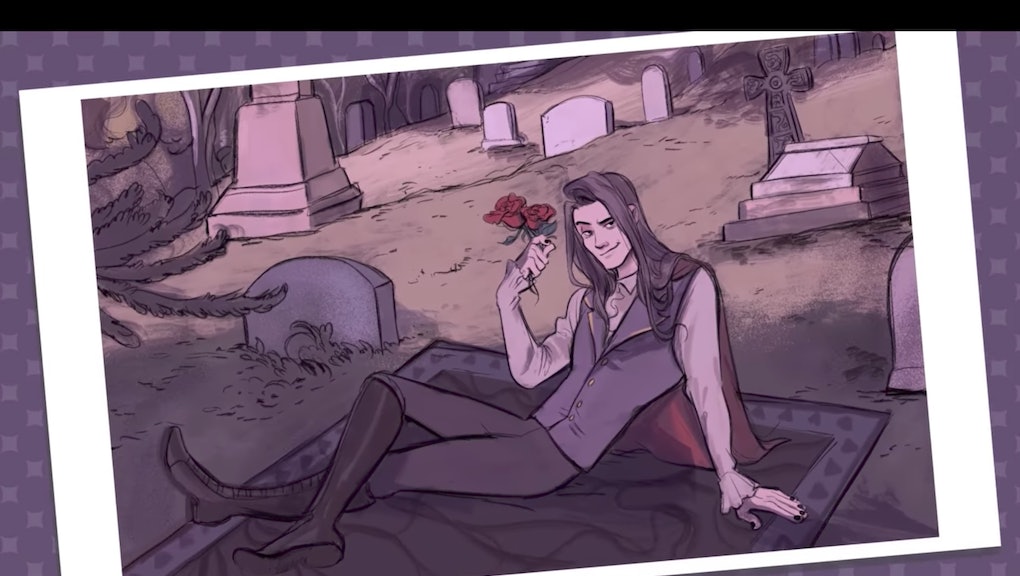 ‘Dream Daddy’ Damien Ending Guide: How you end up with the vampire transgender dad

When Damien isn’t making waves for being an inclusive character, he is one of the dads you can romance in Dream Daddy. Damien is mysterious, but also kind of a sweet nerd — he works in IT and volunteers at a pet shelter in his free time.

If you’re trying to end up with Damien and start a vampire coven, here’s what you can expect.

As most of the scenes start, Damien and the main character sit on a bench and are talking. Damien thanks the main character for helping him embrace his identity — up until that point, Damien has been struggling with looking like a Victorian-era vampire, but working in a modern field and volunteering with dogs.

Damien says that because of the main characters support, he’s been able to embrace the multiple parts of himself — which is a pretty nice message. The two embrace in a kiss, even though, as Damien notes, that wouldn’t be allowed in the Victorian era.