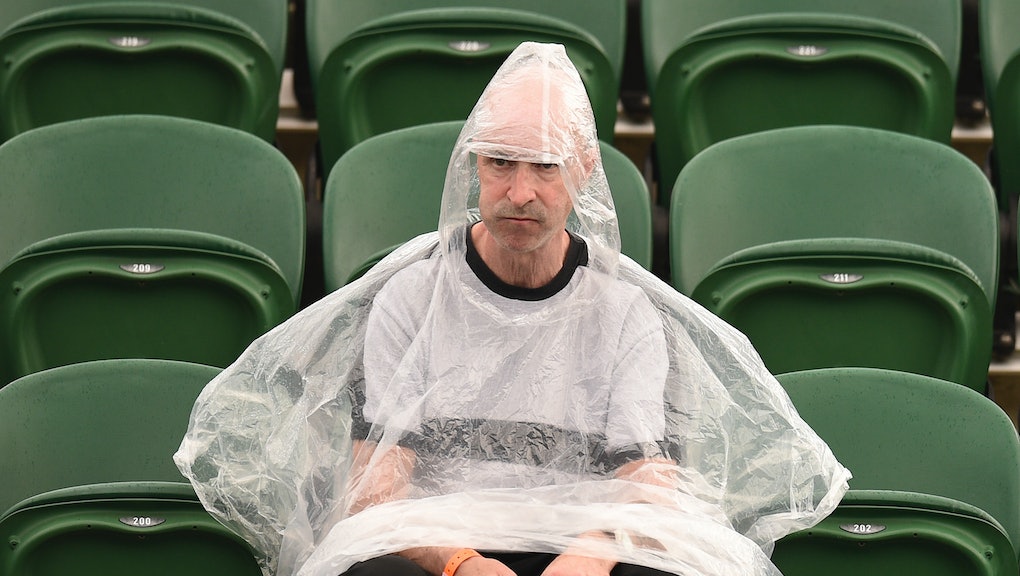 All rain is not created equal, and now scientists know exactly why.

When it drizzles, it’s not just raining less — the water droplets that fall are actually smaller, about a quarter of the size. And atmospheric scientists weren’t quite sure what conditions allow drizzle to fall instead of rain, but Hanii Takahashi, a researcher at NASA’s Jet Propulsion Laboratory, and two colleagues wanted to find out.

So they set about trying to solve the mystery of why it drizzles more over the ocean than over land. They published the results earlier this year in the Quarterly Journal of the Royal Meteorological Society.

Why be bothered by drizzle? Of course, there’s the straightforward goal of making weather forecasting more accurate. Also, better understanding the line between drizzle and rain can help scientists improve predictions of how our climate will continue to change.

Inside any cloud are teeny tiny particles called aerosols. In general, aerosols can be made of a huge variety of materials, including both natural and human-made substances. But within a cloud, they all do the same thing, acting as a base for molecules of water in the air to cling to and building a drop of rain or flake of snow.

There are more aerosols over land than over the ocean, but even taking that into account, Takahashi and her colleagues found that there were still differences in how much drizzle fell over land and sea.

So they turned to something they knew was important in how thunderstorms work: updrafts. Updrafts are streams of warm air rising off Earth as the sun warms its surface. They’re particularly strong during a thunderstorm’s formation — updrafts are what keep rain and even hail aloft long enough to become adequately large and develop into a dramatic storm once the precipitation overpowers the updraft.

Updrafts are much weaker when smaller rainstorms are forming, but Takahashi and her colleagues wondered if they may help explain the difference between drizzle rates over land and sea.

They paired some NASA satellite data with ground measurements taken in the Azores Islands. That let them pin down the speeds of updrafts, which are usually hard to measure.

The team found that similar clouds were accompanied by different updrafts, stronger over land than sea. Weaker updrafts over the sea let water fall as drizzle, while stronger updrafts meant water had to form larger droplets before it could fall.

So next time you’re caught in a drizzle, thank the weak updrafts that saved you from a real rainstorm.