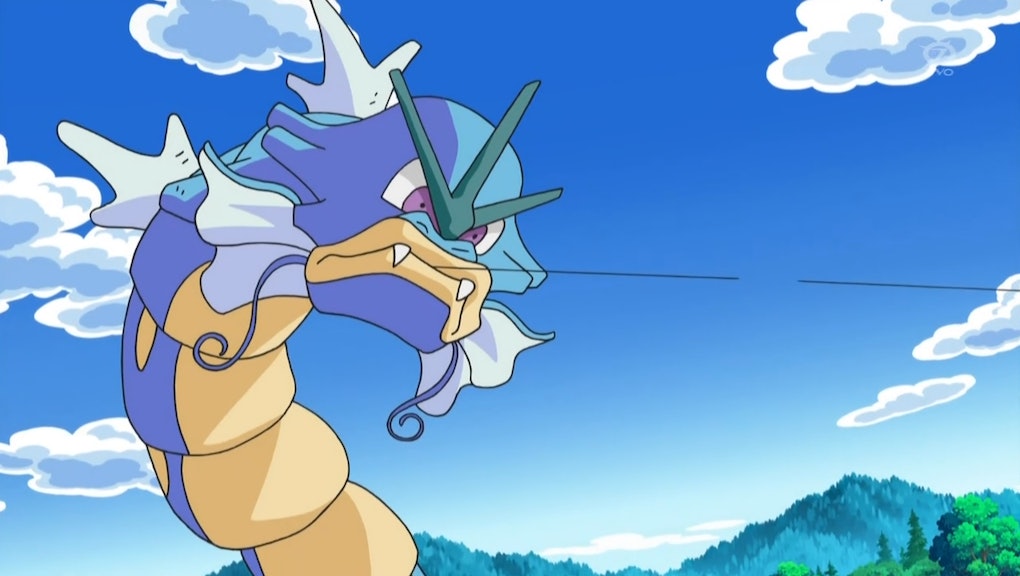 Following the live event in Chicago, legendary raids have finally appeared in Pokémon Go. Gen 2’s Lugia currently rules the roost, and for good reason. The diving Pokémon is one tough buster at 42,753 raid CP and a dual flying/psychic type that only has a few specialized counters.

However, Pokémon Go fans may have just found an ace in the hole against the über-tough Lugia — one that evolves from everyone’s favorite punching bag.

On Pokémon Go player community the Silph Road, poster RyanoftheDay — who previously mocked up some of the best Legendary counters prior to their release — argued that Gyarados is a powerful counter against Lugia.

Against a Lugia with Hydro Pump, RyanoftheDay stated that Gyarados actually performs better than a Tyranitar of a similar level — especially if it has Bite and Crunch as its moveset, since both are dark-type moves that take advantage of psychic-type Lugia’s weakness to dark.

Another user, sts_ssp, did some number crunching and confirmed that in specific circumstances, Gyarados can be a good counter to Lugia:

It should be noted, however, that these matchups can also turn against Gyarados, especially when stacked against a Lugia with Future Sight as its charge move — which is one of the best movesets you can get for Lugia, by the way:

However, Gyarados’ weakness to a psychic-type Lugia shouldn’t deter you from using it in raids. A Gyarados with dark-type attacks can function as a strong budget counter to all Lugia types, especially if you don’t have multiples of more solid counters, like Houndoom, Gengar and Tyranitar.

Raids are here — and not justfor ordinary Pokémon. Check out our coverage of thelegendaries now in-game,Lugia andArticuno. If that’s not enough, check out our tips formaking the most of raids andwhat counters you should focus on finding, as well as what to do with theGolden Razz Berries andTMs you find after completing them. Find out what went wrong at thePokémon Go Fest in Chicago while you wait for the debut of theEuropean Safari Zones in August and September. Finally, check out some reporting on theissues plaguing rural players a year after launch, how the game created aspacefor black female gamers and how Pokémon Go cancontinue to build its community.