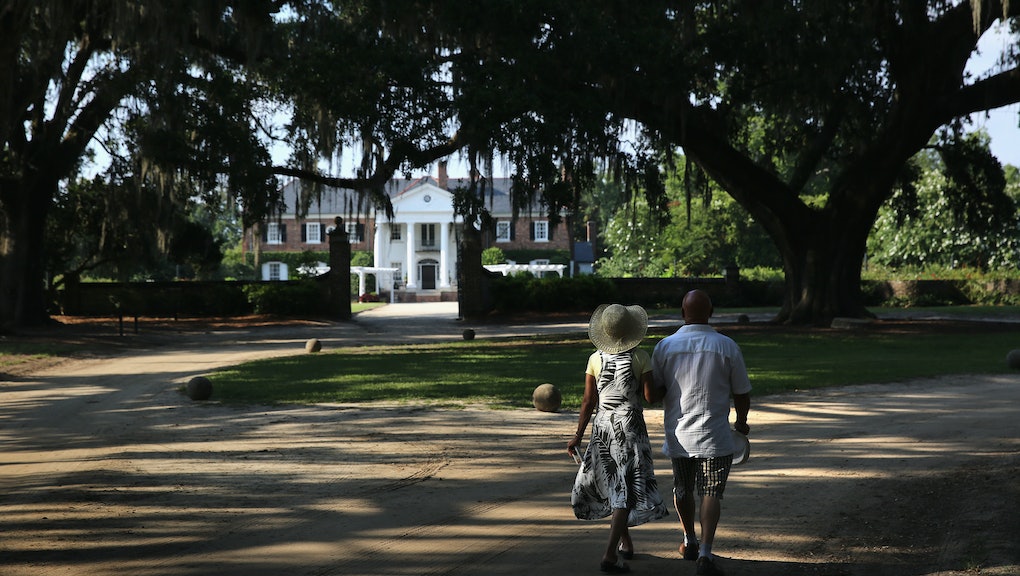 Who is Confederate for? Judging by the outcry over HBO’s forthcoming series about a fictional United States where the Confederacy won the Civil War and slavery still thrives below the Mason-Dixon line, it seems clear that black people are not its intended audience.

Black critics have laid out several pieces of evidence to support this argument. Confederate’s creators — Game of Thrones show runners David Benioff and D.B. Weiss — are both white and best known for a series where nearly every black character is a slave or servant. Their treatment of rape (a key weapon used during slavery) has been criticized as casual and gratuitous. Roxane Gay, writing at the New York Times, argued that Confederate’s very premise is redundant: segregation, mass incarceration, police violence and income inequality already prove that the “vestiges of slavery” are still with us in tangible ways.

“It is curious that time and again, when people create alternate histories, they are largely replicating a history we already know, and intimately,” Gay wrote.

Hollywood grants white creatives broad latitude to imagine fictional worlds where people of color are nevertheless still confined to the margins, both onscreen and off. This has exhausted black audiences and creatives for years, especially as people of color struggle to find consistent work in the industry.

But Confederate presents a chance for a productive conversation. HBO is both renowned for the creative freedom it gives showrunners and has a successful track record adapting compelling source material for the screen. For speculative fiction about slavery, the network doesn’t need two white men to “imagine” a world where the racists won — especially in a news environment saturated with images of white Americans proudly throwing sig heil salutes and waving Confederate flags.

They don’t need it because Octavia Butler’s 1979 novel Kindred already exists. HBO should look no further for its next adaptation.

Kindred, for the unfamiliar, hinges on a time travel plot device that causes its black protagonist, Dana, to be spontaneously sucked backwards through history. Each time she disappears from modern day Los Angeles, she rematerializes in antebellum Maryland. She soon realizes that she is being summoned by a distant, white, slave-owning ancestor every time he is in mortal danger.

A moral quandary soon emerges. If her white ancestor is killed before he reproduces with one of his black slaves, Dana deduces, her bloodline will be wiped out a century before she is even born. But as she comes back to visit time and again, she recognizes two horrifying truths: As he grows older, Dana’s ancestor is getting increasingly vicious toward his slaves. And if her family is to survive to the modern era, Dana must be complicit in the rape of one of her black female forebears.

Assuming that HBO can be trusted to deftly handle a show about slavery to begin with, a Kindred series would address many of the critiques being directed at Confederate. Benioff and Weiss are gifted showrunners, no doubt, but this hypothetical series should be helmed by black artists. Any pretensions Hollywood has toward racial equity requires it, and the nuances of slavery, racial inequity and interracial violence are arguably best handled by people who have intimate experience with them.

But aside from those logistics, HBO would be hard-pressed to find a richer creative landscape to mine from. Much as with Johnathan Nolan and Lisa Joy’s Westworld — which took Michael Crichton’s hokey 1973 premise of a theme park populated by cowboy robots and built a rich, philosophically challenging mythology out of it — Kindred draws dramatic tension from placing modern-day humans in archaic environments.

Yet where Westworld focuses on rich white people either indulging their hedonistic urges or waxing poetic about the meaning of artificial intelligence, Kindred features a black everywoman facing real, life-or-death stakes. Her survival requires her to complete a specific and morally complex mission, all while navigating an environment that is perpetually hostile toward her existence.

As brilliant and beloved as Butler’s novel is, it leaves many questions unanswered that would make for a mesmerizing cable series. The most obvious is exploring why involuntary time travel is happening to Dana in the first place. Is there some sinister technology at play? An anomaly in the space-time continuum? The televised Kindred universe could be expanded to include a cast of characters that is enduring the same phenomenon — contemporary black people being mysteriously pulled back and forth through time, forced to ensure their own families’ survival in the process, perhaps with varying degrees of success.

Equally compelling would be how the role of Dana’s white husband develops. How does their relationship endure across time, space and caste? What is the psychological toll on Dana of having such a man travel back with her, to a place where his dominance over her is codified more heavily than in any other era?

The options are just as plentiful behind the camera. Put a director’s cap on Ava Duvernay, Kasi Lemmons, Barry Jenkins or Ryan Coogler, and you have a series guided by some of the industry’s most accomplished talent. And considering the acclaim that has been heaped on these directors by multiracial audiences and the Hollywood establishment alike, their presence would help fulfill many of the metrics that would be used to green-light such a series in the first place.

It’s rare that black filmmakers get to tell stories about black people with the enthusiastic, institutional support of Hollywood. It’s even rarer that they get to do so while adapting literary works created by their own fellow black artists. As the negative backlash against Confederate continues, a project like this looks more appealing by the day. Few could argue that a Kindred HBO series wouldn’t be a more powerful reckoning with slavery than anything Weiss and Benioff could dream up.