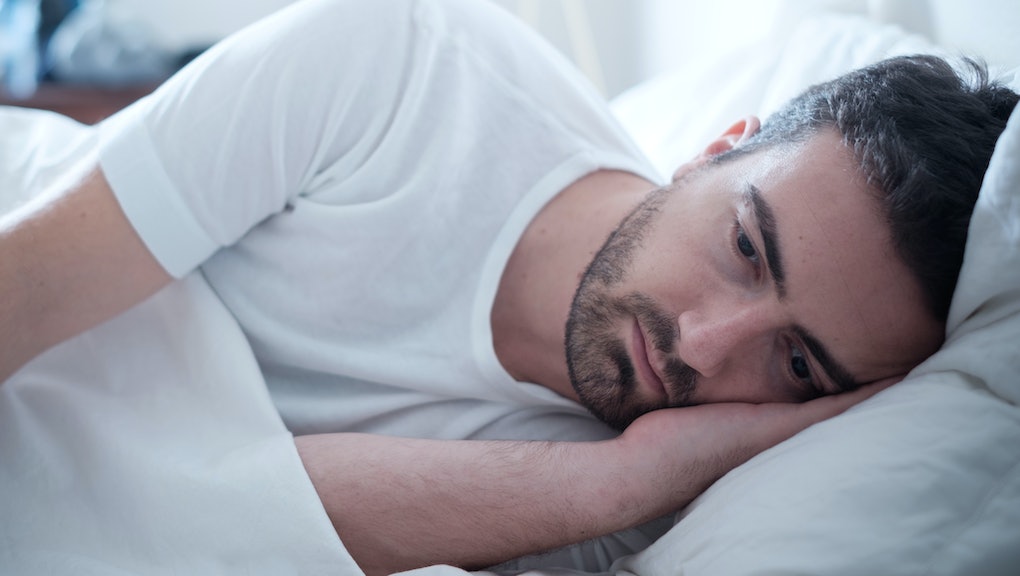 In a twist on the relied-upon narrative, it turns out men — and not women trying to exercise control over their own reproductive organs — may be to blame for (possibly) impending human extinction.

According to analysis published in Human Reproduction Update, sperm count and quality has been sinking steadily among men in North America, Europe, Australia and New Zealand for the past 40 years.

Pooling findings from 185 sperm-related studies conducted between 1973 and 2011, researchers found a 52.4% decrease in sperm concentration among men from the aforementioned countries and continents, according to the BBC. Total sperm count also declined 59.3% within these demographics. Researchers detected no similar trends among men in South America, Asia and Africa, although as the BBC noted, there is less research available on men in these areas.

“If we will not change the ways that we are living and the environment and the chemicals that we are exposed to, I am very worried about what will happen in the future,” lead researcher Dr. Hagai Levine told the BBC. “Eventually we may have a problem, and with reproduction in general, and it may be the extinction of the human species.”

Levine, an epidemiologist, public health physician and faculty member at the Hebrew University of Jerusalem’s Braun School of Public Health and Community Medicine, had not responded to request for comment at time of writing. He did not suggest any lifestyle or environmental changes in his conversation with the BBC, but according to USA Today, previous studies have highlighted smoking, obesity, sedentary lifestyles, pesticides, chemicals and stress as potential fertility torpedoes.

Because it’s hard to count sperm, and because there are a number of factors that can throw off that count on any given day, scientists are often skeptical of these kinds of studies. But as Shanna H. Swan — a former sperm count skeptic and one of the researchers who contributed to this latest analysis — told the Washington Post, the trend toward lower male fertility is persistent. Whatever variable you control for, the end result seems the same.

Women are, generally speaking, the sector of the population asked to shoulder the burden of reproduction and the blame that follows when male politicians decide there isn’t enough of it going on: women are using birth control; women are having abortions; women are foregoing their age-old social duty — marrying men and bearing children — in pursuit of education and careers. It is perhaps tempting, then, to spend a few moments reveling in schadenfreude, because here is some handy evidence to suggest that men, and not women, may be responsible for falling birth rates.

Handmaid’s Tale analogies have worn pretty thin at this point, but here we go: In Margaret Atwood’s potentially prescient tale of a totalitarian society founded in answer to the problem of a plummeting fertility rate, women are relegated to incubator status — even though it seems eminently possible that men are, increasingly, shooting blanks and therefore at least partially responsible for sinking birth rates.

In state capitols across the United States, it’s become commonplace to see groups of red-robed women clustered quietly together, heads bowed under the white bonnets the handmaids wear in Hulu’s adaptation of Atwood’s classic tale. These women stand as a silent statement on the fate the country courts when it allows (mostly) white male legislators to regulate women’s reproductive autonomy.

Of course, this is all a metaphor: it seems unlikely that we’re hurtling toward our very own Republic of Gilead, but these new findings are a timely reminder of an entrenched double standard. If men’s fertility is indeed flagging, it seems reasonable to request that male lawmakers spend a little more time considering male reproductive health, and maybe also our impending environmental disaster, and less time worrying about the uterus.