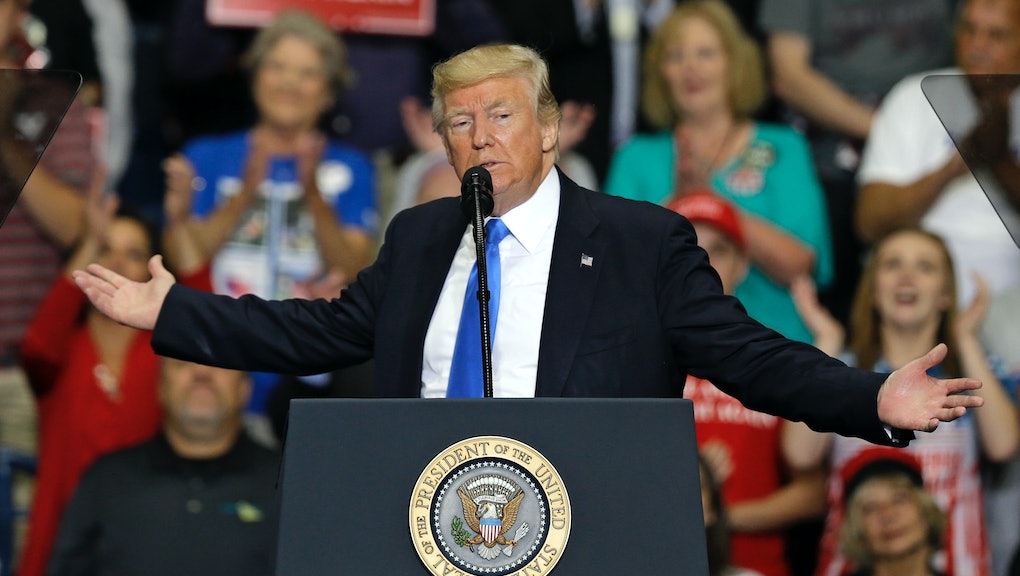 Early Wednesday, President Donald Trump sent out a series of tweets announcing that transgender people will no longer be allowed to serve in the military.

According to a New York Times article published the day after the order, Truman said all troops should have “equality of treatment and opportunity,” regardless of race, religion or national origin, as “rapidly as possible.” He also said hiring decisions for those in government jobs should be made solely on the basis of “merit and fitness.”

At the time, the New York Times speculated the new policy would have a “thunderbolt effect” on the politically charged South.

In contrast with Truman’s order, Trump’s decision to ban transgender troops from serving in the military was immediately deemed discriminatory and “demonizing” by the American Civil Liberties Union.

Harper Jean Tobin, policy director for the National Center for Transgender Equality, told Mic the U.S. has learned time and time again that “discrimination has no place in the military.”

A 2016 RAND Corporation report estimated that as many as 6,600 transgender soldiers were actively serving by August 2016, two months after the Pentagon lifted its ban prohibiting transgender people from openly serving, according to CNN.

Tobin said removing these thousands of soldiers from the military could pose a serious detriment to the country’s national defense.

“That just can’t be good for our military,” Tobin said. “He’s talking about ending thousands of careers with people we’ve put years and millions into training. It’s dishonorable and it’s pointless.”