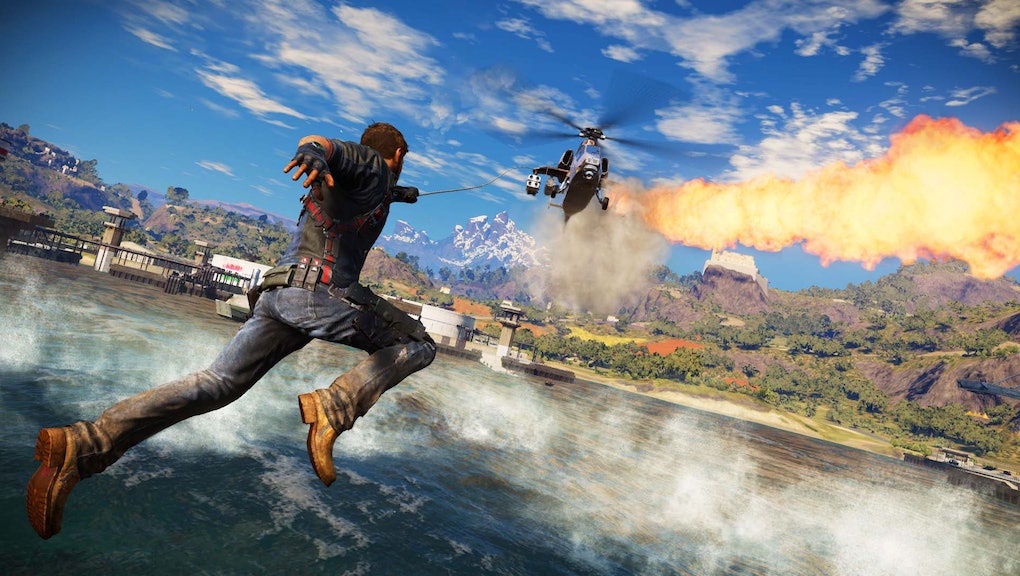 If you’re a subscriber to PlayStation Plus, the service that grants access to online play on PS4, you also get access to a handful of free games every month. Sony just announced what games will be available for the month of August, and it looks like a pretty solid selection — well, for PS4, at least.

The most impressive offering for August is Just Cause 3, an open-world game for PS4 that delights in giving you a bunch of toys — including a grappling hook that you can use in combination with a wing suit to fly indefinitely, for some reason — and sets you loose to wreak total havoc.

PS4 owners will also have access to Assassin’s Creed: Freedom Cry, an expansion for Black Flag in which you play as the pirate Adewale.

If you still have your PS3 laying around, you’ll also be able to download Super Motherload, a procedurally generated co-op sci-fi game, and Snakeball, a co-op arcade-style action game. And, If you’re one of the few who have a PS Vita, you can download Downwell and Level 22.

August’s PS Plus games should be available within the first few days of the month, and will continue to be available until the beginning of September.