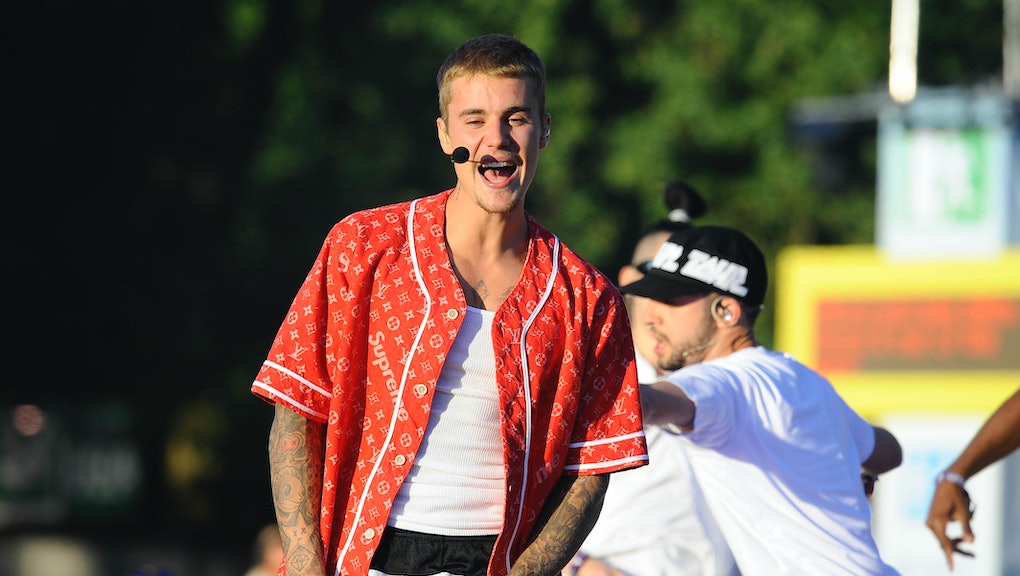 Videos of the incident that were posted to the celebrity gossip site TMZ on Wednesday show Bieber’s pickup truck slowly pulling out through a crowd of paparazzi. The photographer hit by the truck can be seen falling to the ground. The video also captured Bieber getting out of the truck and kneeling by the man’s side.

Police told the Los Angeles Times that Bieber remained at the scene of the incident and “fully cooperated.”

Just on Monday, Bieber announced he was canceling the 14 remaining concerts in his Purpose world tour, citing “unforeseen circumstances.”