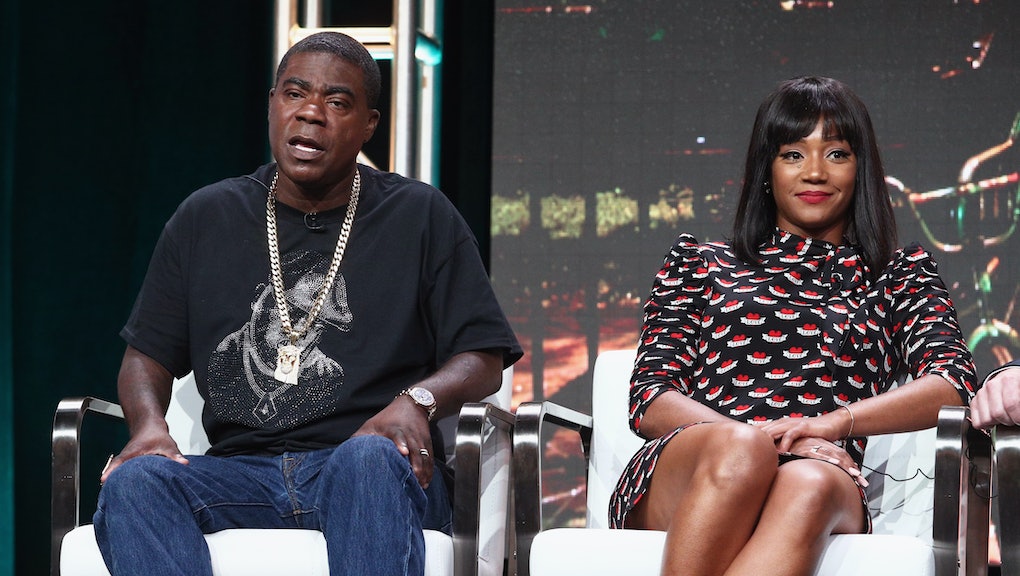 LOS ANGELES — The response to Tiffany Haddish’s breakout performance in the hit comedy Girls Trip has been almost all tremendous. Her work as Dina not only had critics calling her a scene-stealer, they started speculating immediately that she could even be an Oscar contender for her work.

Unfortunately, Haddish’s otherwise flawless debut hit something of a snag. In an interview with the Los Angeles Times, Haddish named Bill Cosby, among other comedy stars, as an inspiration. Not only that, she said she’s still interested in working with Cosby — despite the dozens of accusations of sexual assault against him.

The quote went viral almost immediately, becoming a dose of bad buzz among all the glowing reviews. But during the Television Critics Association summer tour panel for her new TBS show, The Last O.G. (starring Tracy Morgan), Haddish offered a defense of the line as a joke.

“You go through about 27 interviews ... you’re gonna say some bad jokes,” she explained. However, she added that she’s not afraid of pushing boundaries in choosing her roles and who she works with.

“I’m not afraid of the big bad wolf,” Haddish said.