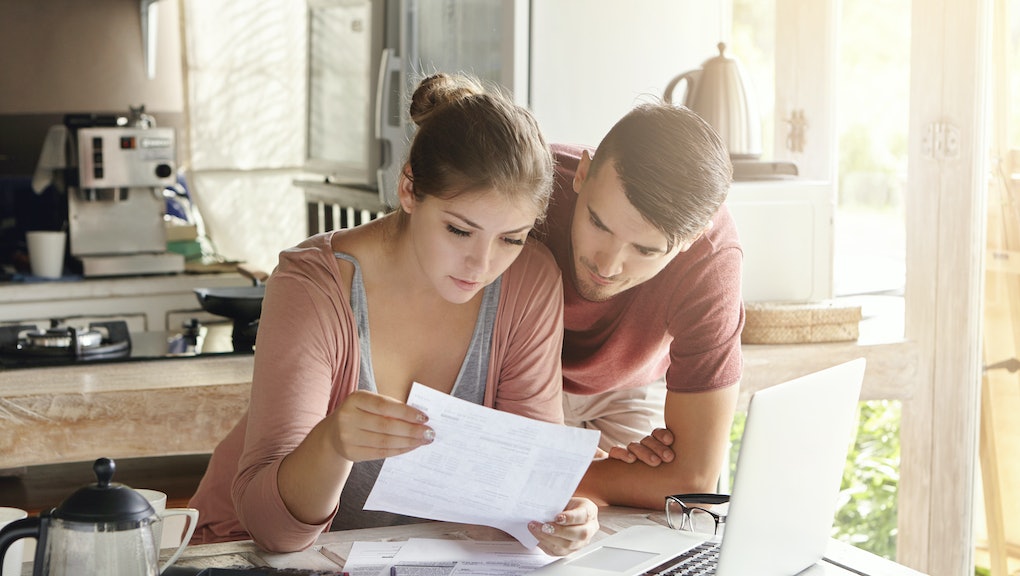 Republican leaders, including House Speaker Paul Ryan and Treasury Secretary Steven Mnuchin, released a joint statement Thursday outlining principles that will guide an overhaul of the tax code, a key legislative priority that until now has taken a backseat to health care repeal efforts. But now that an Affordable Care Act repeal is off the table for the near future, tax reform will shift to top priority, the GOP says.

“Our shared commitment to fixing America’s broken tax code represents a once-in-a-generation opportunity,” the statement reads. “For three months we have been meeting regularly to develop a shared template for tax reform.”

So what has the group — known as the “big six” due to their influential role in shaping economic policy — come up with? The biggest announcement in the statement is that a so-called “border adjustment tax” is now off the table.

“While we have debated the pro-growth benefits of border adjustability, we appreciate that there are many unknowns associated with it,” the statement reads, “and have decided to set this policy aside in order to advance tax reform.” The border adjustment tax is essentially a tax on imports that theoretically would have accomplished two things: By taxing imports more, you create an incentive for firms to use more American goods.

But perhaps more importantly, by implementing a new tax, a BAT would have also made it easier to craft a tax reform bill that was closer to being “revenue neutral,” meaning that it wouldn’t have necessitated increasing the deficit or drastic cuts to social programs — two provisions that would have made the bill unworkable for far-right deficit hawks or centrist Democrats, respectively. But, the BAT came under fire from retailers especially, who made the argument that it would increase costs that they would have to pass to consumers.

So what is actually in the new proposal? Not much of substance, said Marshall Steinbaum, a senior economist with the left-leaning Roosevelt Institute.

“It doesn’t look like they’ve done anything in the last eight months, they’re ruling out the one idea that had been put forward in 2016,” Steinbaum said. “It’s tough to gauge where they go from here after releasing this document. The only thing that could potentially have gotten some Democratic support is some increase in revenue that would pay for something that Democrats want.”

Without a way to make up for lost revenue, the path to actually passing this bill looks difficult, even if there is fairly wide consensus that the tax system could stand to be reformed.

As the economist Kimberly Clausing noted in a recent post to EconoFact, the U.S. has one of the highest corporate tax rates in the world; but it also has a good deal more “bark than bite,” in that it allows a great deal of cash that belongs to American corporations to remain overseas untaxed — which means government revenue for public programs is perhaps lower than it should be.

The new plan will seek to rectify that by reducing corporate tax rates, which theoretically will convince companies to repatriate that cash and put it to work in the United States. “The goal is a plan that reduces tax rates as much as possible, allows unprecedented capital expensing,” the statement reads, “places a priority on permanence, and creates a system that encourages American companies to bring back jobs and profits trapped overseas.”

That all sounds very nice but contains a major hitch, Steinmbaum said. To place any kind of priority on “permanence,” any kind of tax reform bill would need to have 60 votes in order to beat a filibuster. A tax bill that reduces revenue by cutting taxes without any deal-sweeteners for Democrats is very unlikely to meet that bar.

Sign up for the Payoff — your weekly crash course on how to live your best financial life. Additionally, for all your burning money questions, check out Mic’s credit, savings, career and investing hubs for more information — that pays off.