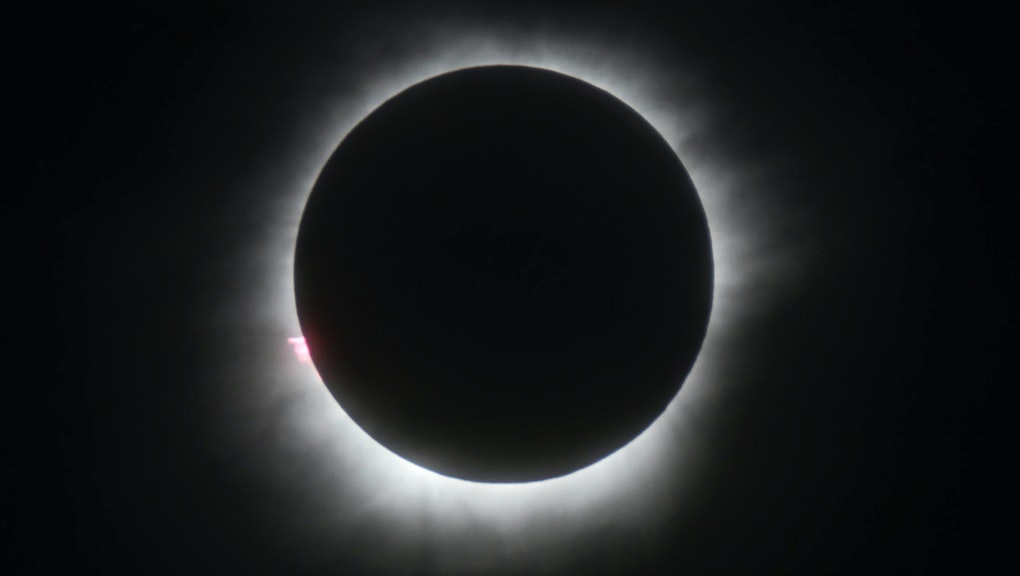 When is the next solar eclipse after 2017? If you miss this one, you’re in trouble.

On Monday, Aug. 21, the moon will cast a 70-mile-wide shadow by slipping between Earth and the sun. This event, a total solar eclipse, will be “turning daylight into twilight, causing the temperature drop rapidly.”

The coast-to-coast solar eclipse, nicknamed the “Great American Eclipse,” will be the first of its kind seen in 99 years and is being called “one of the events of the century.”

People in parts of Africa, South America and Europe will be able to see the eclipse, along with those in the United States. The last time a total eclipse graced viewers in the United States was Feb. 26, 1979, Parade reported, and it was in a limited geographic area.

This time around, the eclipse will be arcing along a 3,000-mile path from Oregon’s Pacific coast to South Carolina’s shores. The “path of totality” will include Oregon, Idaho, Wyoming, Nebraska, Kansas, Missouri, Illinois, Kentucky, Tennessee, Georgia, North Carolina and South Carolina. Those in the path of totality will witness the moon completely blocking the sun and those outside of it will see a partial eclipse.

“The U.S. only covers 2% of the globe, so we get very few eclipses,” Matthew Penn, an astronomer with the National Optical Astronomy Observatory, told CBS News. “And to have one travel across the entire country is an unprecedented sort of opportunity. It’ll be a heck of day. The best thing is, it can’t be cloudy everywhere!”

According to Parade, the last time a total eclipse made its way across the mainland of the country was 1,581 years ago on July 29, 436. And while the next total solar eclipse in North America will occur on April 8, 2024, there will be fewer states in the path of totality.