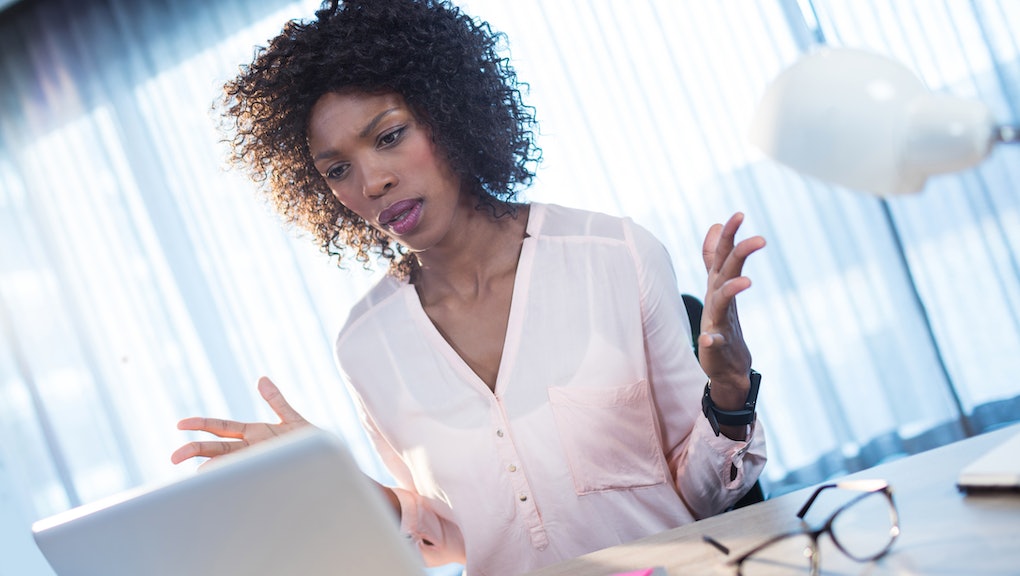 After 20+ years of Equal Pay Days, not much has changed on black women’s paychecks

More than 20 years ago, the U.S. saw its first National Pay Inequity Day, the awkwardly titled annual event that would later become Equal Pay Day. It’s a well-known fact that women are paid less than men; what gets less attention, however, is the way race skews equal pay even among women.

Equal Pay Day fell on April 4 in 2017, commemorating the day women’s earnings literally caught up to men’s by highlighting the number of extra hours women would have to work in a calendar year to make the same as their male coworkers. In 2016, the average woman would have been required to put in more than three months of additional work to even the pay gap.

White women pull that average up, though. According to the Economic Policy Institute, white women were paid about 81% of what white men were in 2016; black women, on the other hand, earned roughly 65% of white men’s median income. That translates to an hourly wage that, for the average African-American working woman, is $7.63 less than the average white man’s $21.86. For reference, white women received a $4.16 gendered wage penalty on their hourly wages relative to white men.

After two decades of advocating for equal pay, the race-based gulf between women’s paychecks has remained more or less the same. In 1996, the year of the first National Pay Inequity Day, black women made about 85% of what white women did ($528 per week to $624 per week, respectively); in 2016, black women earned around 84% of their white female coworkers ($641 per week to $766 per week, respectively). Wages may have gone up, but the disparity hasn’t changed.

What’s especially infuriating is that black women are increasingly the country’s most educated group, charting the highest rates of college enrollment (at 9.7%) of any demographic. According to the National Center for Education Statistics, black women earned 67% of all associate’s degrees and 65% of all bachelor’s degrees conferred on black students between 2012 and 2013.

Even as black women take home more diplomas and pursue the kind of education that supposedly opens doors to bigger paychecks, they’re being boxed out of the rewards their careers should bestow. When one considers that black women with children tend to be the sole breadwinners for their families, it feels especially unfair their pay is not commensurate with that of their male counterparts.

In an essay for Forbes published Monday, Serena Williams — the greatest athlete of all time — nodded to the particular barriers black women face in dedicating herself to fighting for equal pay.

“The cycles of poverty, discrimination and sexism are much, much harder to break than the record for Grand Slam titles,” Williams wrote. “For every black woman [who] rises through the ranks to a position of power, there are too many others who are still struggling.

“Every step forward you take is two steps of progress for womankind,” she continued. “Let today serve as a reminder that we have a voice. We deserve equal pay for our mothers, our wives, our daughters, our nieces, friends and colleagues — but mostly for ourselves.”