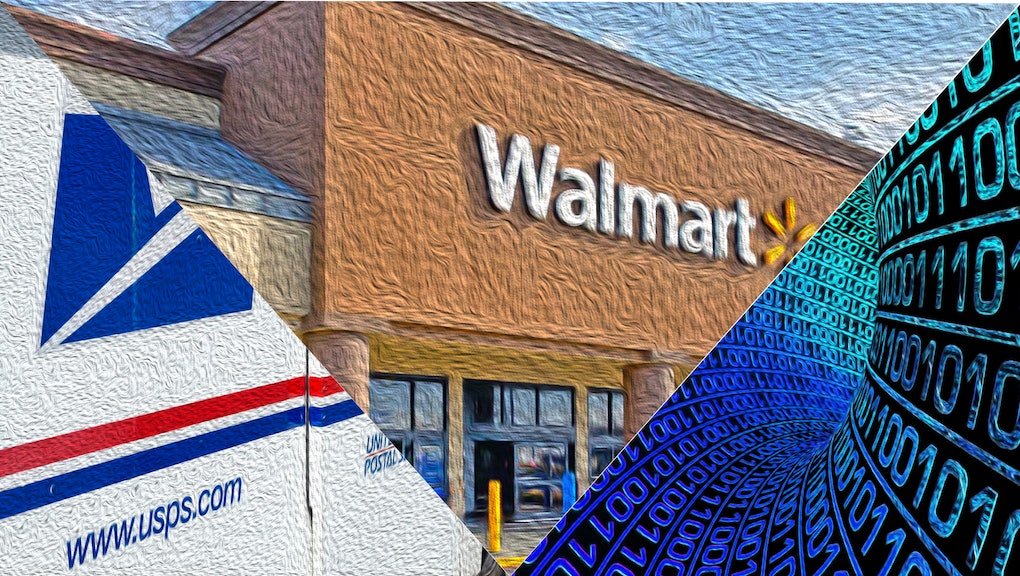 Video Game Purchases: Why is something so simple becoming so frustrating?

I’ve been an avid gamer for almost three decades, but I’ve never actually been a huge fan of buying them. I love the experience of taking the cellophane off the case and sitting down for the first moments of a game I’ve wanted to play for a while, but time and time again the act of actually purchasing a title has been way more arduous than it should have been.

Some of you might be already thinking, “Well that’s just whiny, entitled garbage.” But think about it — is there any other product you regularly purchase that is such a pain in the ass to get? Whether it’s shopping online, in a brick-and-mortar, or getting a video game digitally, there’s always some hassle involved that we’ve just accepted as fact.

If Nintendo sold shampoo that was never in stock, or SpaghettiOs had Digital Rights Management, people would be furious, so why is it okay for video games?

Until recently, this method of game purchasing had the best success rate for me. I have Amazon Prime, so I like to get that little extra off new games for pre-ordering. For a while I was receiving every game, I ordered promptly on launch day. Now though, it’s a crapshoot if I do or not.

Whether it’s United States Postal Service deciding they don’t want to deliver the mail that day, to Amazon changing my delivery date because I switched my game order to my significant other’s parent’s address because USPS randomly decides to skip my address sometimes, I’ve had a hard time getting pre-orders on launch day through Amazon lately.

However, Walmart is the primary offender with online orders at this moment. The SNES Classic debacle makes my blood boil. The fact the multi-trillion dollar company didn’t even offer a chance to get first in line to customers with canceled orders when the actual pre-orders went up is deplorable.

I received an email the day after Walmart canceled my order saying “We do hope you’ll give us another chance to earn back your business.” I’ve never received a more condescending email, and when you work in game journalism, that’s saying a ton. If you want to earn back my business, you should honor your customer’s pre-orders. Until then, I’d rather order through Amazon and get my games late rather than not at all.

Weirdly enough, I find that actually going out to the store and buying a game has become more convenient than ordering online or digitally. Don’t get me twisted, I’m still not fond of it, but with online stores becoming less reliable it’s nice just to be able to be somewhat in control of when I’m getting a game instead of just being at the whims of a package delivery service.

For me, nearly all interactions with brick-and-mortar stores fall into three categories:

1. Big box stores that have employees that don’t know what I’m talking about or are absent completely

Big box stores are great for grabbing AAA games. They usually get a ridiculous amount of copies in on launch day, and there’s so many of them in most cities that if one doesn’t have the game you want, you just have to drive a mile down the road to the next one. However, when it comes to gaming-centric customer service, these stores are comical.

In these stores, there’s no “video game department.” Games are just lumped in with TVs, cell phones, speakers, and everything else that can fit under “electronics.” If you’re lucky, you can get in when there’s not an enormous queue of customers and the one employee they have working that department can unlock whatever container the game you want to purchase is in, and you can buy it and dip out.

However, if your game isn’t on the shelf for purchase, there’s only about a 1-in-10 chance that you’ll actually get someone to check the back. Sometimes, even it is available to buy, if the release date has been moved up and it’s not in the system, tough luck. No matter how many press releases and websites you show that prove the game is on sale, they’re not going to override the computer.

If your game is on the shelf, often there won’t be an employee around to grab it for you. In fact, the whole store will suddenly be devoid of employees like some Twilight Zone episode. If there is an employee, it will probably be a woman in her 70s that may get some time between having to deadlift 80lb flat screen televisions to brave the catacombs beneath the store to find the keys to the video game display case.

2. Video game-centric chain stores that try to upsell me multiple times each visit

This is something all the peoples of the world must face. No matter what your nation, if you live in the first world, there’s likely a monolithic chain of game shops that have practically monopolized video game sales. For the sake of brevity, we’ll collectively call them “GameShops.”

In your local GameShop, you’ll typically have a much wider selection of video game products than in big box stores. You’ll also usually have the opposite issue with employees. Instead of vanishing, they’ll be omnipresent, and asking you if you want to pre-order any upcoming games. Typically they’ll at least offer a small pre-order bonus, like a stuffed dog, which is enough to get me to bite because I just love cuties.

GameShops are much less irritating to shop at than big box stores, but they have supply issues since they’re much smaller, and their employees are encouraged to use annoying business tactics or be fired. If you’re looking for a used game though, these are a decent place to watch, even if they are overpriced.

3. Mom-and-pop stores that never have any inventory

I’m all for supporting local businesses, but often, especially when it comes to video games, local businesses don’t support me. Mom-and-pop stores come in all shapes and sizes, and if you’re lucky you’ll find one that serves your needs without the hassles of the two kinds of retailer above. However, in my experience when a mom-and-pop store is irritating, it trumps chain stores and big box stores significantly.

Most of the time, you’re not going to find new games at a small, privately run store, so deal with that. These stores typically operate by buying games from people and then reselling them at a higher price. Usually, their asking rate for used games is much lower than a chain store’s, but the disadvantage is their inventory is only made up of what people are selling.

So, when you go into a mom-and-pop to browse, you might have a selection of 24 copies of Sonic the Hedgehog 2 that vary in price even though they’re the same game in the same condition because there’s no standardized pricing structure there. Or you might see a beat up in-box copy of Super Mario Bros./Duck Hunt the owner wants $3,000 for because he saw someone put a mint condition one up for that much on eBay that didn’t even end up selling.

On the flipside, you can end up getting some rare and cool video game stuff at these shops if you hit the right one. You also have the ability to haggle at many of these stores, something you can’t do at a big box or chain establishment. These are worth hitting up for older used games if you can deal with the fact a bunch of dudes have set up a table and are now playing Dungeons & Dragons directly in front of where you want to look.

The most convenient way to purchase games is the most unpredictable. In concept, being able to keep video games in a convenient digital library and download them whenever you want is great. However, in practice, you have to deal with a lot of complication that doesn’t come up when you use a physical copy.

Let’s take the PlayStation 4 for example. Say I have two PS4s and I want to hook them up in separate rooms. Well if you want to do that, look forward to restoring your licenses on one of them frequently. The way Sony has the PS4’s digital game licenses set up, you can only have one primary PS4, and any other ones that you’re logged into will lose the license to play a digitally downloaded game as soon as you access it again on your primary. Additionally, you can’t even play some digital games on another account on the same console, even if it’s set as your primary PS4. So if your friend or significant other wants to play certain games, they’re out of luck. With a physical disc, this isn’t an issue as the disc holds the license, not the account.

Another consequence of digital games is that there is no appreciation in value. You can’t resell games that you buy on Steam, Xbox Live, PSN or other digital marketplaces. This also puts you at the whims of Valve, Sony, Microsoft and other companies. Do you think they’re going to allow you to download these games forever? In 20 years I’ll be able to take out my Persona 5 Blu-ray and play it on PS4, but I highly doubt I’ll have the same luxury if I rely on a digital copy. We haven’t seen a major shutdown of a digital marketplace yet, but when it comes, people who invested hundreds of dollars in buying games through that route are going to be devastated.

So where should I buy my games?

There isn’t a perfect solution for all the issues above. I typically try to buy physical unless there’s no other choice, mostly because I’m a packrat and I like to look at all my games lined up, but also because I want to have the ability to play them for a long, long time. The real answer is going to vary from person to person.

For some of you, buying digital is going to be more reliable than trying to go for a physical copy. Others, who may only have access to slower or capped internet, physical copies are the only feasible choice.

I’ve been a little bit snarky in this article because it’s fun, but one thing I had to learn, and still have to keep in mind is that many of the issues above come from way higher up the chain and that everyone deserves to be treated with respect and dignity. Yeah, I’m not happy with any of it, but in the end, it’s just a game.