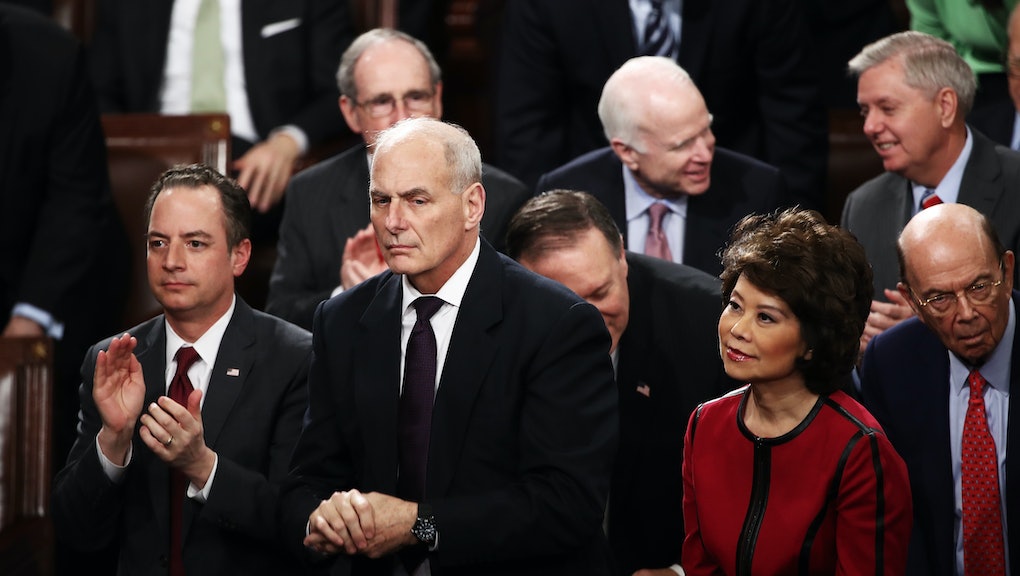 In a third tweet, Trump extended his gratitude to Priebus.

“I would like to thank Reince Priebus for his service and dedication to his country,” the president tweeted. “We accomplished a lot together and I am proud of him!”

Priebus’ resignation has been the subject of much speculation since Trump announced his intention to make Wall Street financier and Priebus rival Anthony Scaramucci head of his communications team. On Wednesday, Scaramucci gave a vulgar interview to the New Yorker in which he lambasted Priebus for what he thought at the time were illegal leaks.

Wall Street Journal reporter Michael C. Bender added another layer of intrigue to the story, tweeting that Priebus told him he had privately resigned on Thursday.

But the pool report painted a decidedly different picture: Priebus, per the report, had just departed Air Force One and entered a van with White House staffers Stephen Miller and Dan Scavino when the news broke. Miller and Scavino promptly exited the car and entered another vehicle that departed with the president’s motorcade while the van carrying Priebus pulled off to the side.

It is not clear whether Trump has made any official moves beyond tweeting about the change, nor has he announced who will replace Kelly at the Department of Homeland Security.