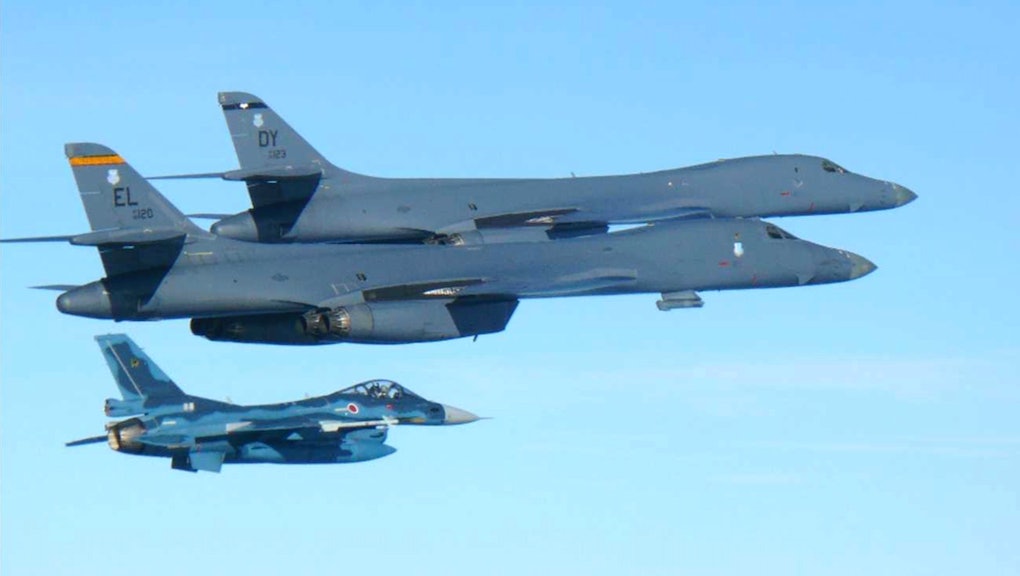 As tensions between the U.S. and North Korea continue to escalate, United Nations ambassador Nikki Haley said on Sunday that the time for talking is over.

In a tweet, Haley said that the U.S. was “done talking” when it came to North Korea, saying that the issue requires an “international solution” and involvement from Japan and South Korea.

The ambassador’s tweet comes one day after President Donald Trump sent his own tweets on Saturday criticizing China for “doing NOTHING for us with North Korea, just talk.” Though Haley did not explicitly echo the president’s belief that China “could easily solve” the issue of North Korea, her statement did urge China to take immediate action.

Haley’s declaration comes in the midst of rising tensions over the weekend between the U.S. and North Korea. On Friday night, North Korea conducted a ballistic missile test that landed off the coast of Japan, which the country’s state-run media KCNA declared was “meant to send a stern warning to the U.S. making senseless remarks.”

In response to the missile test, the U.S. military flew two supersonic B-1B bombers over the Korean peninsula on Sunday, meant to act as a “show of force” against North Korea.

North Korea has long threatened the U.S. with action if the country further escalates its military action against North Korea or imposes sanctions, with KCNA writing on Sunday that the U.S. should “wake up from the foolish dream of doing any harm to the DPRK.”

“In case the U.S. fails to come to its own senses and continues to resort to military adventure and ‘tough sanctions,’ the DPRK will respond with its resolute act of justice as already declared,” KCNA wrote.

However, the U.S. remains prepared to defend itself in the event of North Korean action. The U.S. Missile Defense Agency said on Sunday that a test of the THAAD missile defense program had successfully shot down a medium-range missile.

“If called upon, we are ready to respond with rapid, lethal, and overwhelming force at a time and place of our choosing.”