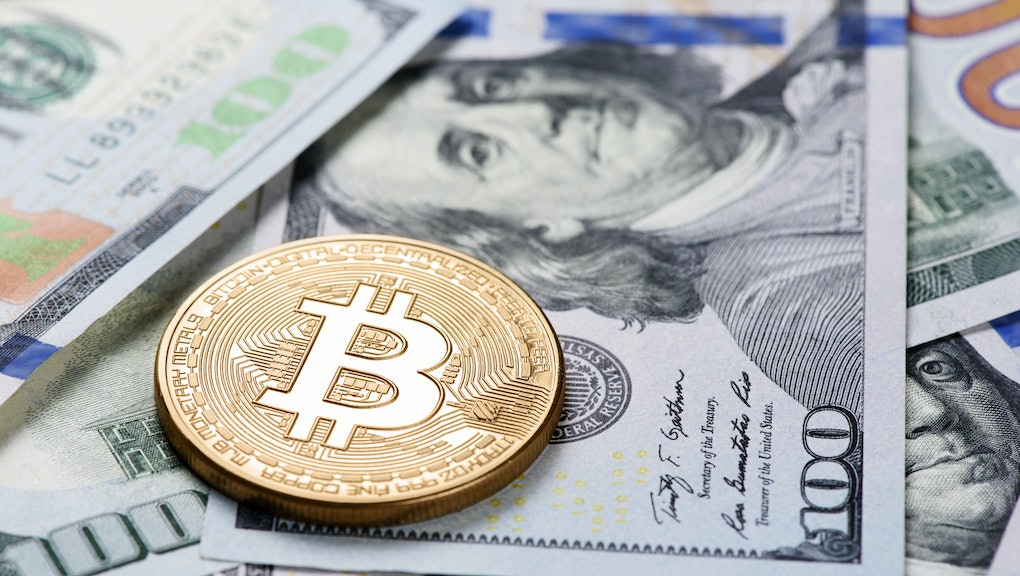 Bitcoin investors have a big decision to make starting Tuesday — which could affect the value of their stake in the popular, fast-appreciating cryptocurrency — but only if they’re willing to forgo the institutional stability of working through bitcoin’s most established platforms for exchange, like Coinbase.

If you own any bitcoin, you now have the option of effectively “doubling” your holdings, at least in theory: Starting on Aug. 1, a group of bitcoin developers who are not happy with a planned protocol upgrade (sort of like a software update) have begun offering a new type of bitcoin, “bitcoin cash.” Anyone who opts in can get bitcoin cash automatically, meaning if you own one bitcoin, you will immediately own an additional token of bitcoin cash on the new blockchain. Sound great? There are some important caveats.

Since trusted players like Coinbase are not participating, if you want to trade bitcoin cash, you’ll have to migrate your holdings to another exchange. And Bitcoin cash vacillated in price Tuesday morning, ranging around $340 per coin as of 11:30 a.m. Eastern. — nearly a tenth the value of bitcoin. Kraken launched bitcoin cash trading a little after 9:30 a.m. Eastern, the exchange said on Twitter, but soon reported “heavy traffic to the site” with login outages.

A big uncertainty that looms is what consequences could come of the “fork,” including a bitcoin price drop. Bitcoin prices are down in the wake of the fork, falling more than 3.5% in the 24 hours ending at 11:30 a.m. Eastern.

The big distinction between regular bitcoin and bitcoin cash — which you might see described as BCC or BCH — is has to do with how the currency is “scaled up” to accommodate new users: There’s been an ongoing debate in the bitcoin community about how to deal with all the new people who have started trading bitcoin as it has become more mainstream.

A helpful analogy might be public transit. When lots of new people move to a city, you need to either run trains more often or make the train cars larger. In the case of bitcoin, until very recently a compromise — SegWit2x — had emerged that would essentially do a little bit of both, increasing the number of transactions that can fit into one block, while also increasing the permitted size of blocks: two megabytes up from one megabyte today.

All the major bitcoin companies, including exchanges and other technology providers, have had until Aug. 1 to upgrade to this new protocol. But proponents of bitcoin cash say SegWit2x doesn’t go far enough, and block sizes of 8 megabytes should be allowed — hence the fork.

How could the bitcoin cash versus Segwit2x disagreement affect prices?

Those who don’t buy into the arguments for bitcoin cash say SegWit2x is sufficient; bitcoin cash proponents say its increased capacity could start prompting defections from traditional bitcoin within months. Yet, again, a big caveat is that bitcoin investors would have to use an alternate exchange, which Fortune reported includes Kraken and Bitfinex, since the most well-funded exchange — Coinbase — is not participating in the split. At the very least, the fork may create confusion, which would in turn lead to price fluctuations. Bitcoin is still up more than 300% since last August.

It seems that no matter what, change is imminent, as the need for any scaling solution has grown: As new users have begun buying bitcoin, the bitcoin cash site explains, it began to strain the networks: “The legacy bitcoin code had a maximum limit of 1MB of data per block, or about three transactions per second. ... In 2017, capacity hit the ‘invisible wall.’ Fees skyrocketed, and bitcoin became unreliable, with some users unable to get their transactions confirmed, even after days of waiting.”

Indeed, along the way — from Jan. 1 through its price bottom in mid-June — bitcoin’s market share among cryptocurrencies fell from more than 87% to less than 40% as competitors like ether and litecoin entered the fray. Since its inception, bitcoin has grappled with growing pains, and as bitcoin exchanges gain notice, for example, they become the target of hackers. But capacity is an increasingly urgent challenge.

To increase capacity, and therefore reliability, SegWit proponents suggested packing more transactions in by stripping the “signature” from each transaction — signatures are the unique bit of code that identifies each bitcoin’s owner. This signature data takes up about 60% of transaction size, but is only needed at the exact point of transaction, or the “validation time.” SegWit upgrades the network to be able to ignore all that data when it’s not needed, which helps the network run more efficiently.

But bitcoin cash offers a different solution to the problem, by making the actual size of the blocks on the blockchain far bigger in order to accommodate more transactions per second. Coindesk reports that the effort is being mostly led by a Chinese bitcoin firm called ViaBTC, which controls about 4% of bitcoin’s computing power.

While bitcoin cash is a new idea, seemingly coming “out of nowhere,” as one investor described it to Business Insider, bitcoin cash proponents claim the extra space will be attractive enough to turn bitcoin cash into de facto bitcoin within months. Still, others in the bitcoin community, like the Blockstream CSO Samson Mow, say bitcoin cash is simply a rival cryptocurrency capitalizing on the bitcoin name, and that its price is likely to crash rapidly.

If you already own traditional bitcoin or you are thinking of buying some, a smart hedge no matter what happens could be to set a limit order, which is where you set up a trade to execute automatically once bitcoin falls to a certain low price. Many major exchanges, including Coinbase, now come with this feature, although it can be risky. Until the Securities Exchange Commission approves the sale of exchange traded funds that give investors the option of diversifying their bitcoin exposure, that may be the best way to insulate yourself from the cryptocurrency’s not-infrequent crashes.

Thinking of buying bitcoin cash? Remember: According to Coindesk, though bitcoin cash is similar to bitcoin, it’s also being treated by the community as an “altcoin,” a catch-all term for any cryptocurrency that isn’t bitcoin (and is ostensibly less tested). To learn more about the pros and cons of buying cryptocurrency in general, check out our guides here and here.

Sign up for the Payoff — your weekly crash course on how to live your best financial life. Additionally, for all your burning money questions, check out Mic’s credit, savings, career and investing hubs for more information — that pays off.