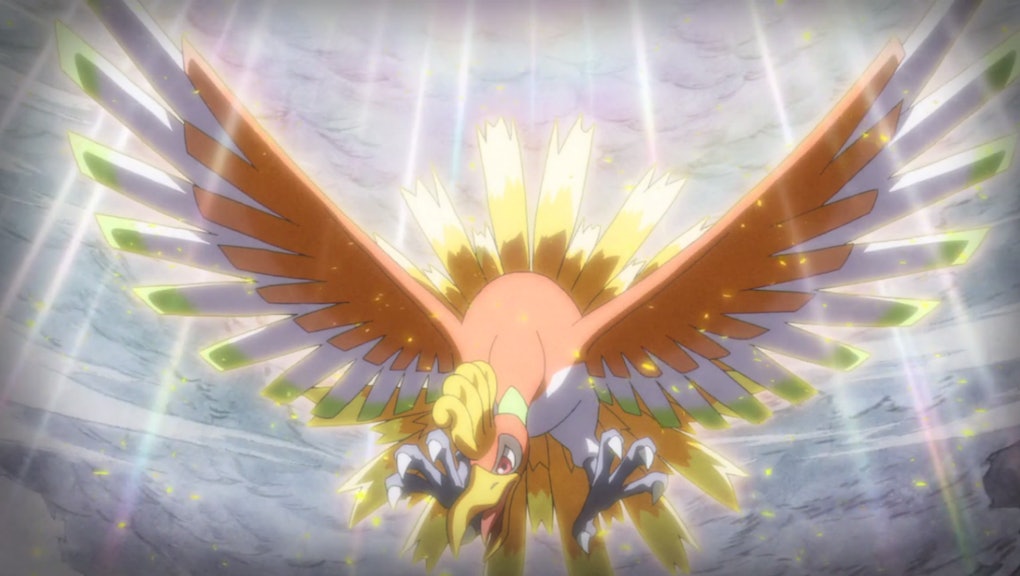 ‘Pokémon Go’ Ho-oh Event: Will raids be fixed in time for the Gen 2 legendary’s release date?

Legendary raids have come to Pokémon Go. Gen 1 legendary bird Articuno is set to leave today — to be replaced with Moltres — but Gen 2’s Lugia may be here to stay for the forseeable future. That’s good news for Pokémon Silver players like me, but Pokémon Gold diehards may be wondering when Ho-oh — the legendary Pokémon unique to that version of the Gen 2 game — will arrive in Pokémon Go.

The short answer is that we really don’t know, but given the current state of raids, it’s probably for the best that the Rainbow Pokémon isn’t in the game just yet. Here’s why we’re thankful Niantic is waiting to release Ho-oh in Pokémon Go.

Although the official Pokémon Go accounts have yet to speak about Ho-oh’s release, that hasn’t stopped fans from speculating about the Gen 2 legendary. Pokémon Go Hub already has a raid battle page for Ho-oh up that cites its raid and capture combat points, as well as good counters to use against it.

The Silph Road, another popular destination for Pokémon Go fans, has a few ideas as to when we can expect Ho-oh to debut. According to one user with the name NYCInstinctTrainer, the smart money is on Ho-oh being released at the Yokohama Pikachu Outbreak on Aug. 9. The only issue with this theory is that the Yokohama Pikachu Outbreak happens smack-dab in the middle of the Zapdos release — which would be a pretty major slap in the face to Instinct players who already have to wait longer than any other team for their mascot legendary to be released.

So we’re back to square one in terms of when exactly Ho-oh is coming to the game, but, as we said before, that might be a good thing. Confused? Let’s explain.

Pokémon Go Ho-oh event: Why Niantic should hold off on releasing more legendaries

Maybe it’s for the best that Ho-oh doesn’t have a set release date. As they’re currently implemented, legendary raids just aren’t that fun. Even on July 23, the first day Articuno was available, I had to ignore three Articuno raids on my walk home.

It’s not that I didn’t want to catch the legendary Pokémon, it’s that no one was around to help me fight it — and that was on the first day it was released. Even after I found a group of people trying to catch an Articuno, we had to try the raid three times before we actually managed to bring it down.

I continually threw Pokémon at Articuno to keep contributing for my team and by the end it was the only choice I had. Even my strongest Pokémon went down after one or two charge moves from the legendary. Fighting Articuno wasn’t just a slog, it was a meat grinder designed to leave me with as few Pokémon remaining as possible.

As if that weren’t bad enough, I still had to actually catch the dang thing. Even with the much-touted 1% catch rate increase drastically increasing your ability to obtain legendaries, it requires you to repeat a pretty intense sequence of events perfectly over the course of 10 throws. It’s worth noting here that because my team contributed the least, I only received nine Premier Balls.

This was also prior to the percentage bump. Even if I’d managed to land a “Great” ranked curved throw on Articuno after feeding it a Golden Razz Berry — which I’d have to do every time — I would have still been sitting under 75% for my total catch probability.

That’s the main issue for legendary Pokémon — the game’s catch mechanics aren’t equipped to deal with them. Having a normal Pokémon run away from you is annoying, sure, but at least you can be reasonably assured that you’re going to run into another Pokémon of that species relatively soon. Legendary birds are a limited event, and raid passes ensure that players who don’t want to spend PokéCoins have one chance per day to catch these elusive beasts. This all assumes you can even find a raiding group capable of downing a legendary to begin with.

Unless you’re part of a Discord server or robust online community, legendary raids are inarguably a disappointment. The excitement I felt at getting beckoned over by a group of trainers to help them raid dissipated as soon as Articuno broke out of my last Premier Ball. Forcing players to contend with unwieldy battle and catch mechanics to get limited release Pokémon feels like salt in a wound, and we can only hope that Niantic rectifies this before they release Ho-oh or any other ultra-rare Pokémon.

Raids are here — and not just for ordinary Pokémon. Check out our coverage of the legendaries now in-game, Lugia and Articuno. Find out what went wrong at the Pokémon Go Fest in Chicago while you wait for the debut of the European Safari Zones in August and September. Finally, check out some reporting on the issues plaguing rural players a year after launch, how the game created a spacefor black female gamers and how Pokémon Go can continue to build its community.