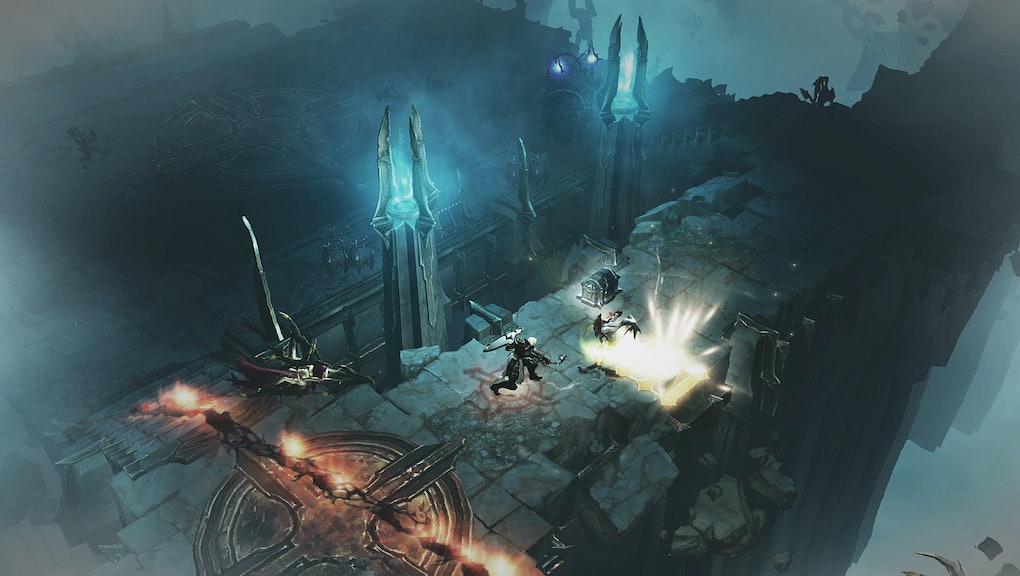 ‘Diablo 4’ News: Five things we want to see from Blizzard when the release date finally arrives

I wish I had good news for you about Diablo 4, a game that doesn’t officially exist at this time. We’ve known for a while now that Blizzard is planning something with the venerable skeleton-clicking franchise, but your guess is as good as ours. Diablo 3 won’t die, as symbolized by its newest class that literally raises corpses to do its bidding.

I can’t complain, since Diablo 3 is a terrific game. That said, let’s look toward the future. What could a new Diablo game possibly do to move the series forward?

Five things we need to see in Diablo 4

It’s going to be damn near impossible for Blizzard to improve on Diablo 3, a game that has morphed from its flawed 2012 launch into a beast full of seemingly unlimited content. The next game in the series doesn’t need to revolutionize anything, but there are some things it could do to breathe new life into Diablo.

Diablo 3 has a handful of character classes that feel distinctive in their own fun ways. The wizard can nuke enemies from afar, while the monk can go Fist of the North Star on their asses with a flurry of rapid punches. The only problem is that you have to play through the same lengthy campaign to build up a new character if you want to fully play around with them.

This is alleviated somewhat by Adventure Mode, where you can level up a new character quickly. Still, it would be great if the barbarian and the wizard had notable differences in their campaigns. Every class doesn’t need its own entire campaign, per se, but maybe unique starting areas and smaller quests along the way could provide fun, class-specific challenges that would make it worth playing through the campaign with each class.

Let me say right now that Diablo doesn’t need to become Dragon Age. This is a game about killing thousands of enemies and collecting loot to make your character’s numbers go up so it becomes easier to kill more enemies and get more loot. It doesn’t need dozens of hours of dialogue trees and dating elements or anything like that.

But it would be nice if the next Diablo game did something to make the narrative worth following. I’ve never felt compelled to watch the cutscenes or even play Diablo 3 with the volume up because, frankly, the writing is pretty bad. The story feels disconnected from what you’re doing on a moment-to-moment basis. Perhaps giving the player some kind of agency as to where they can go and what they’re able to do could spice it up a bit, as long as it doesn’t distract from what makes Diablo appealing.

Diablo 3 launched on consoles more than a year after its original PC release. At the time, Blizzard hadn’t released a console game since the 1990s, with the company steadfastly committed to the PC as its platform of choice. That’s still largely the case, but Diablo 3 on consoles is excellent, as is Overwatch. Blizzard has done a terrific job of supporting and maintaining the console versions of those games. PS4 and Xbox One players get the same content releases and balance changes as PC players.

If and when a new Diablo is made, I’m almost certain it will get a console release at the same time as its PC launch. It seems to be the way going forward for Blizzard games that can work on a controller.

On a slightly more ambitious note, I think Blizzard should seriously consider supporting cross-play between consoles and PC. I prefer Diablo on a controller, while some of my friends are a little more old-school. Unfortunately, there’s no way for me to play with them, unless I make the change to PC.

Just a few years ago, this would have seemed like a crazy, unattainable dream. However, cross-play is more in demand than ever, with games like Rocket League and Minecraft gaining support across several platforms in the near future. Unfortunately, Sony is being a buzzkill about it, so PS4 and Xbox players can’t play together just yet.

Still, widespread support for this feature in multiplayer games seems like an inevitability at this point. I’d love to see Blizzard try it with Diablo — i.e., the one game where it’d make the most sense.

Don’t rock the boat too much

Diablo is popular because of its Diablo-ness. You can add new features, expand the breadth of the campaign and bring players together across platforms, but none of that should come at the expense of what has always made the game great. There’s still a place in the world for clicking on skeletons until they explode into loot drops in mildly randomized levels.

But there’s room for improvement, especially in making it easier for friends to play together.