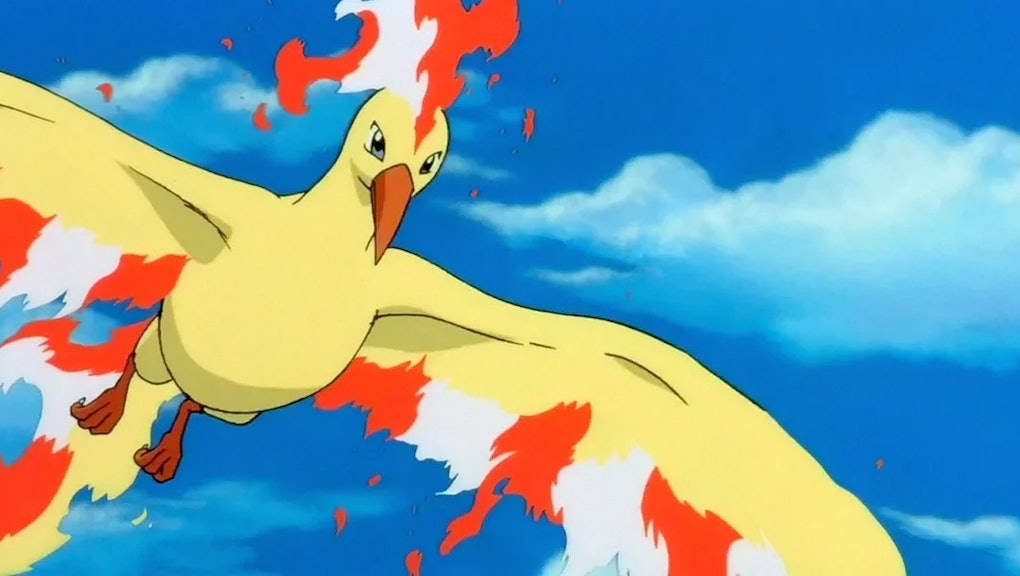 ‘Pokémon Go’ Moltres Release Time: How to defeat and capture the legendary bird in a raid

Moltres in Pokémon Go is no longer just a pipe dream. Players of Pokémon Go can finally fill slot No. 146 in their Pokédex, with the help of the Chicago event, raids and a little bit of luck. The fiery flyer is on the horizon — and catching it won’t be an easy task.

Here’s everything you need to know to catch Moltres in Pokémon Go.

Pokémon Go Moltres raids: When will the fire legendary be available?

Team Valor, the day has come: Your mascot is in Pokémon Go. From now until Aug. 7, PoGo players can make Professor Oak proud and catch the Kanto region’s legendary Pokémon. Moltres is available the same day Articuno goes away forever, so make sure you’ve caught your fill of the blue bird before focusing your attention on Molty.

According to Serebii, as of 4:37 p.m. ET Moltres has started appearing in the game. If you haven’t gotten out there already, there’s no time like the present.

If you waited until now to catch Articuno, you likely realize how hard beating the five-star raid is without people to help. Odds are more folks will be fervent to catch Moltres on the first day of its release than the last, so try to catch the beast closer to Monday than Aug. 7. The longer you wait, the harder it will be.

Keep in mind Niantic allows players one free raid per day. Moltres is only available for roughly a week, so make it count.

Pokémon Go Moltres raids: Rock-types are the name of the game

Like Articuno, Moltres is double weak to Rock attacks, which means that if you have any Pokémon with moves under that typing, you’ll definitely want them to join the battle. Pokémon like Golem, Rhydon and Tyranitar are among the strongest pocket monsters that fit this build, but feel free to summon your other Rock types with high CPs.

Moltres is also weak to Water and Electric moves, so those can be your backups.

Legendary Pokémon have finally hit the mobile game. Players are one step closer to getting everything they’ve ever wanted out of Pokémon Go, but it’s still got a long way to go. While Zapdos is up next, the game is still without trading and battling and is still ridden with bugs. In response, fans literally booed Niantic’s CEO during the Chicago event.

Moltres’ arrival is appreciated, but let’s hope the fiery Pokémon burns away some of the app so a better one can rise from its ashes.