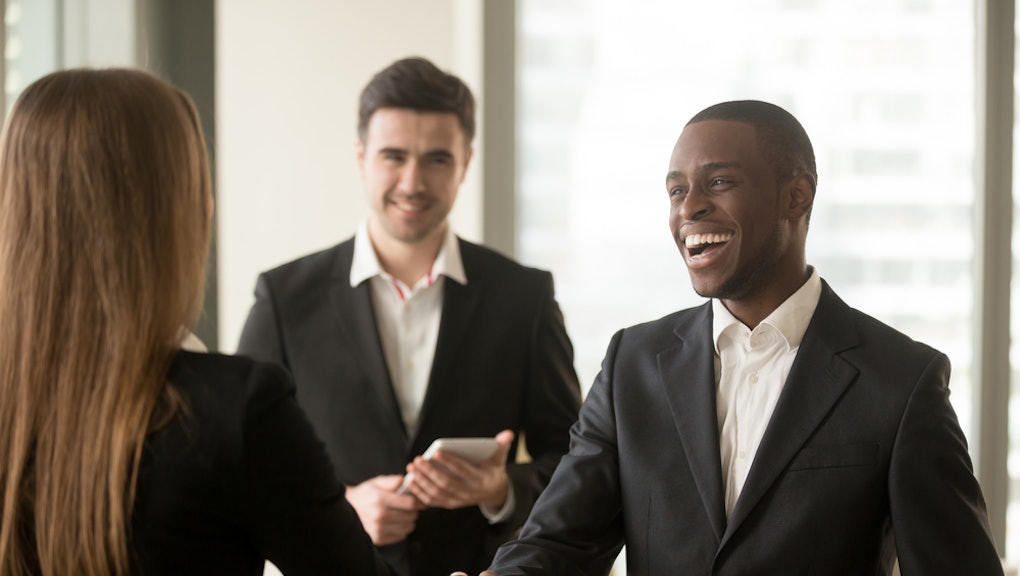 Get promoted: 5 surprising ways to get a raise, title bump and more power at work in 2017

Is landing a promotion on your to-do list this year? More than 1 in 5 workers is planning to change jobs in 2017, according to a CareerBuilder survey, but you can avoid the hassle of switching companies and still get a sweet pay bump — and ideally more interesting work — if you earn a promotion where you are.

While you’re angling for a better or more powerful role at your company, you’ll definitely need to be willing to take on extra responsibility, act as a problem solver and take initiative: “Don’t just identify an area that needs improvement in your department — think about steps you can take to fix it,” career coach Hallie Crawford said via email. “Periodically evaluate how you can make further improvements, even if they are small ones.”

While certain behaviors — like showing up on time and performing high-quality work — are obviously vital to landing a promotion, there are other steps you can take that are outside the box or that may even seem counterintuitive, but will increase your chances of getting that dream job.

Ready for this crucial career advice? Here are five moves to add to your repertoire of smart workplace behaviors.

Afraid of looking too thirsty to get ahead? Don’t be. While no one wants to deal with a cutthroat coworker, there’s no shame in making your ambitions clear, particularly if you’re willing to go above and beyond to earn your stripes.

Confidence is an asset, not a flaw. “Many times the best way is by telling your superiors you want to advance,” Crawford said. “Schedule a meeting with your boss and let them know you enjoy your current job but would like to continue to advance in your organization.”

Do your homework first and be prepared to explain what you’ve contributed and why you are ready to take on more responsibility, the Muse recommended. Try saying something like, “I’ve outperformed my sales quota for the past three quarters. I think I am ready to take on the role of team leader because of the practical experience I’ve developed with the company’s products and the positive way that clients have responded to my efforts.”

Then go on to detail ways you would go beyond your current responsibilities to add more value for your employer. Crawford also recommended asking what you need to do to be considered for a promotion during each performance review. Be sure to act upon any suggestions from your boss — and follow up with clear examples of how your efforts have made a difference.

When you’re hoping to get promoted, it’s natural to try to show you can take on more responsibility. But that doesn’t mean saying yes to every request and taking on more than you can handle. Seriously.

“Keep in mind that you cannot achieve 100% in all areas of responsibility all of the time,” Delaware State University wrote in its guide to getting a promotion. You don’t want the quality of your work product to suffer because you’re taking on too much, so it’s important to keep your boss and co-workers updated on exactly how much you can handle.

“Regardless of who is tasking you with projects, if you are at 90% capacity while still performing well, you should probably say no,” Forbes advised. “Do so respectfully and clearly communicate your reasons.” If you don’t want to say no outright, suggest an alternative timeline that would allow you to get the work done without becoming overtaxed. Try: “I’d love to take on that project for you, but I have two big reports I am currently working on that are due at the end of the month. Let me know which project I should prioritize.”

Here are more tips on saying no at work. You may also want to speak up if your boss or co-workers have a bad idea: While it can be risky to voice a negative opinion, speaking up at work — as long as you do it the right way — gives you a chance to get noticed by helping the company to avoid a big mistake.

3. Talk to your haters

The last thing you probably want to do is cozy up to people at work who aren’t impressed by you, but the colleagues who are most critical of your workplace performance could actually be your best allies in your efforts to get promoted.

Critics have “deep-seated perceptions of you and can block you from advancing,” Harvard Business Review wrote. But if you ask your adversaries to provide you with feedback, they may not only give you actionable advice on how to improve, you may also be able to change their perceptions of you.

You’ll want to find nitpicky people in the workplace and ask them for specifics on how you can improve. For example, if they tell you that you need to work on your communication skills, ask them, “Are there any examples you can provide, say from our last few meetings?”

Not only will this give you new ideas, it may help soften your critics’ views of you, since simply reaching out to them shows you value their input.

4. Be a fashionable copycat

Everyone wants to stand out on the job, but when it comes to building your work wardrobe, your boss should be your biggest source of style inspiration, according to a study reported on by the Guardian. More than two-thirds of managers responding to the study — which was conducted by the British retailer Debenhams — admitted they had a “heightened awareness” of members of their staff who had a style similar to their own. Not only were they more aware of these copycat workers who dressed like them, but they also “gain brownie points,” according to the survey.

Dressing like your boss — business casual, for example, if that’s their thing — will not only help you to get noticed in a positive way, but you can also improve workplace productivity if you and your co-workers have a “cohesive sense of style,” as it can help foster team spirit.

In short, you’re better off dulling down (or perking up) your office wardrobe to look more like your peers than you are standing out in the crowd.

5. Give yourself a break

It may seem like odd advice to step away from your desk and take time off when you’re trying to get promoted — but studies show that’s exactly what you need to do, especially if you are feeling burned out.

Studies show vacationers have a 6.5% greater chance of landing a promotion or getting an income boost in comparison with workers who leave at least 11 vacation days on the table. That’s because workers who take time off can decompress, they’re less stressed and they tend to perform better at work.

So, if you’re serious about jump-starting your career, hit up a dreamy vacation destination. You’ll make awesome memories and could even give your career a boost at the same time.

Skeptical about making this work? Check out Mic’s basic guide on how to ask for the promotion once you believe you’ve earned it.

Sign up for the Payoff — your weekly crash course on how to live your best financial life. Additionally, for all your burning money questions, check out Mic’s credit, savings, career, and investing hubs for more information — that pays off.