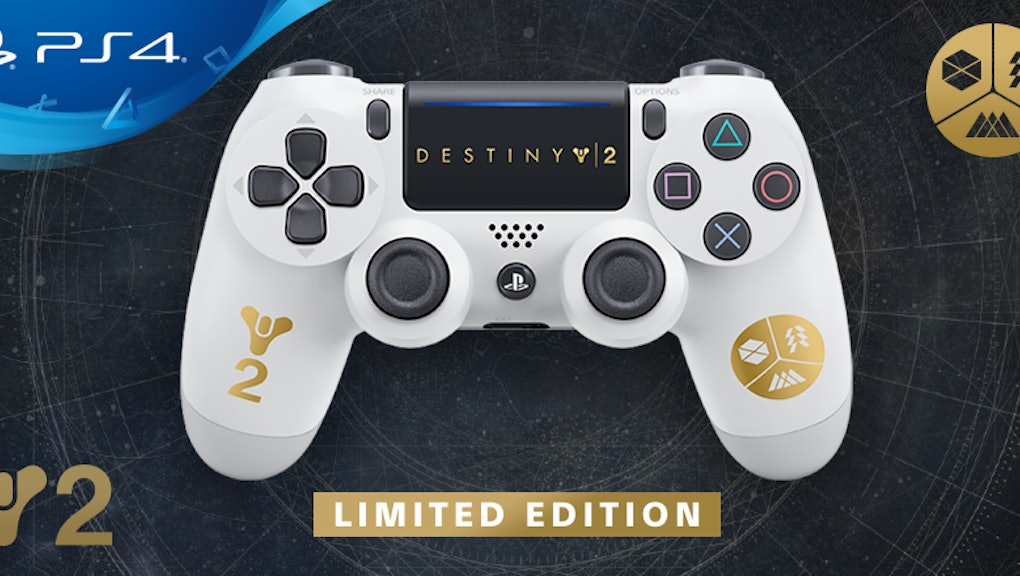 Destiny 2 is getting its very own PS4 controller, but it’s not exactly easy on the eyes.

Admit it, we’ve all played video games and thought to ourselves “I wish my controller was a lot uglier and reflected my deep commitment to brands.” These default controllers that come with consoles just don’t have enough pizzazz, you know what I mean?

If you live in Europe, worry no more. Destiny 2 has got your back.

According to the PlayStation blog, you can get this Destiny 2-branded controller for your PS4 on Sept. 6 in most of Europe.

It’s basically just the regular white PS4 controller with some text and logos on it. They took a pretty cool controller and made it bad by awkwardly stuffing branding into every conceivable piece of blank space. That cooler white controller, according to the same blog post, is still available as part of a PS4 Pro Destiny 2 bundle, as is a jet black model.

This isn’t available in the U.K., Poland or Russia, and there is no word about it coming to the U.S.. But I think we can let Europe have this one. Most of its countries have universal health care and affordable college education, after all. So it’s only fair that it gets this controller as karmic retribution.