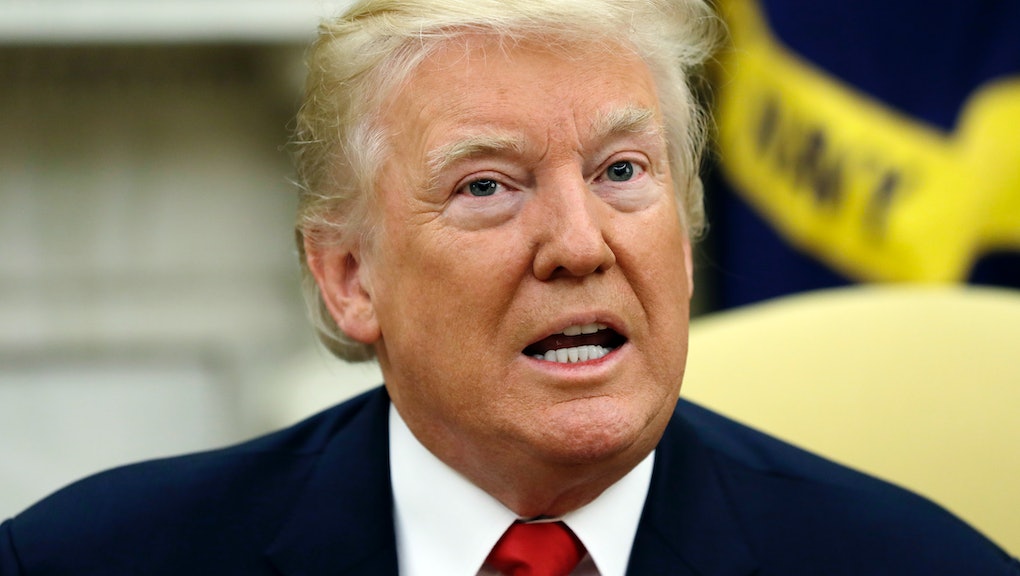 On Wednesday, President Donald Trump announced support for new legislation that would seek to curtail legal immigration to the United States by imposing a skills-based system that would prioritize immigrants based on current work-force needs.

If passed, the plan would reduce the number of immigrants the U.S. will allow into the country.

Trump said the legislation — known as the RAISE Act — will “favor applicants who can speak English, financially support themselves and their families and demonstrate skills that can contribute to our country.”

He added that the bill would ensure that immigrants cannot receive welfare benefits as soon as they come to the country — something that already exists in current law.

Trump called the legislation the “most significant reform to our immigration system in half a century.”

Trump announced the new legislation during an event at the White House alongside GOP Sens. Tom Cotton of Arkansas and David Perdue of Georgia. Both have advocated for reducing the number of legal immigrants to the U.S.

Both Cotton and Perdue introduced a bill earlier this year that would cut in half the number of green cards issued per year, from 1 million to about 500,000. The bill would do that by taking away preference for immigrants who do not have immediate family members in the U.S.

The RAISE Act, however, faces significant obstacles to become law.

That’s because the bill would require 60 votes in the Senate to proceed. And since Republicans only hold 52 seats, that would require the support of eight Democrats while also assuming every Republican backs the legislation.