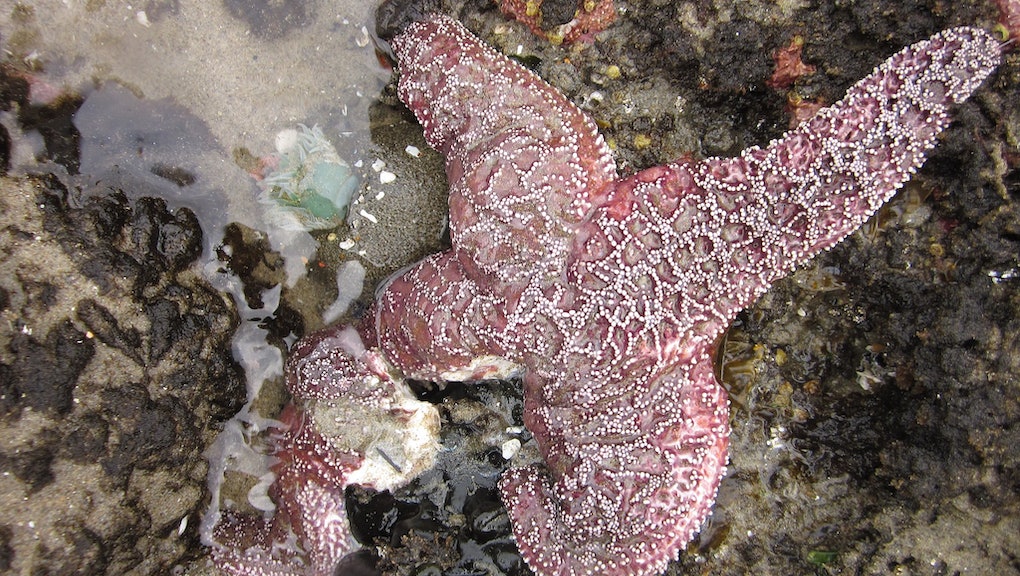 Usually, if a sea star gets an infection in an arm, it has a trick up its sleeve: The limb drops off and the sea star builds a new one. But in 2013, scientists studying the early days of what they later named sea star wasting disease noticed that the new infection progressed too quickly for the critters to regenerate their way to health.

It’s a gruesome fate. The creature shifts from healthy starfish to detached limbs wandering the seafloor and bodies made of mush, and all in less than two days.

And the disease isn’t picky about what kind of sea stars it infects; scientists estimate it hit between 15 and 20 species along the Pacific Coast of North America. Sea star numbers plummeted, despite the animal’s incredible resilience.

It’s possible that humanity gave the disease a leg up through climate change or high fishing levels. And while they may not look it, sea stars are critical to their ecosystems because they are apex predators — like sharks and wolves, they keep populations of herbivores in check so these animals don’t overpower the ecosystem.

Caused by a virus, sea star wasting disease has backed off a little in the past few years, and sea star populations are rebounding thanks to huge numbers of young animals thriving where adults have disappeared.

But scientists are still worried about the disease. Ian Hewson, who has been at the forefront of the sea star wasting disease work all along, is trying to determine whether animals that survive are genetically different from pre-disease populations, as well as how the virus passes from one sea star to another.

He hopes studying the disease’s mechanics can help not just sea stars, but also humans, since we’re facing our own collection of serious viruses like HIV and Zika.

You can help Hewson and his colleagues by submitting your own observations of sea stars.