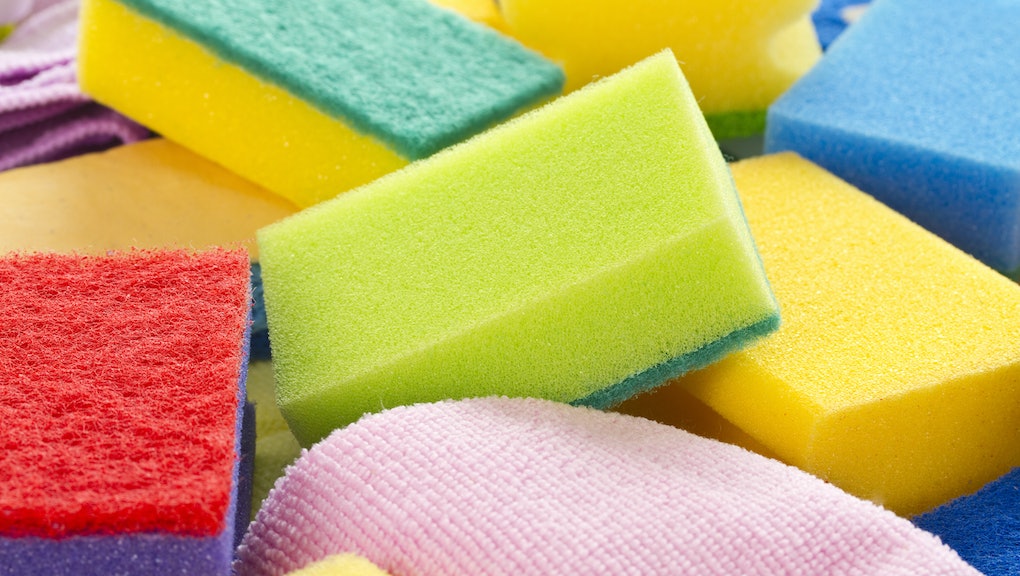 The sponge in your kitchen sink is filled with bacteria — and no, you can’t clean it

Your kitchen sponge is disgusting.

Chuck Gerba, professor of microbiology at the University of Arizona, told the BBC in 2012 that a kitchen sponge is 200,000 times dirtier than a toilet seat.

Now, German researchers have DNA-sequenced 28 samples from 14 sponges — and they have some even more disturbing facts about what you probably use to clean your plates.

The researchers discovered a small bacteria-dense portion of a sponge — the size of a sugar cube — could have 54 billion bacterial cells. This level of bacteria density is found only in one other matter: feces.

“Despite common misconception, [past research has] demonstrated that kitchen environments host more microbes than toilets,” the authors wrote in the paper, recently published in the journal Scientific Reports. “This was mainly due to the contribution of kitchen sponges, which were proven to represent the biggest reservoirs of active bacteria in the whole house.”

Even more bad news: If you think zapping your kitchen sponge in the microwave or boiling it will make them more sanitary, think again. The study found neither cleaning method makes sponges any more hygienic.

“No [sanitization] method alone seemed to be able to achieve a general bacterial reduction of more than about 60%,” the authors wrote. “Our data showed that regularly sanitized sponges (as indicated by their users) did not contain less bacteria than uncleaned ones.”

That’s not to say you need to say goodbye to your kitchen sponges forever. After all, the study has its limitations and the authors call for more research.

But you should definitely consider tossing out your sponges more frequently. The researchers advise swapping out a kitchen sponge for a new one on a weekly basis.