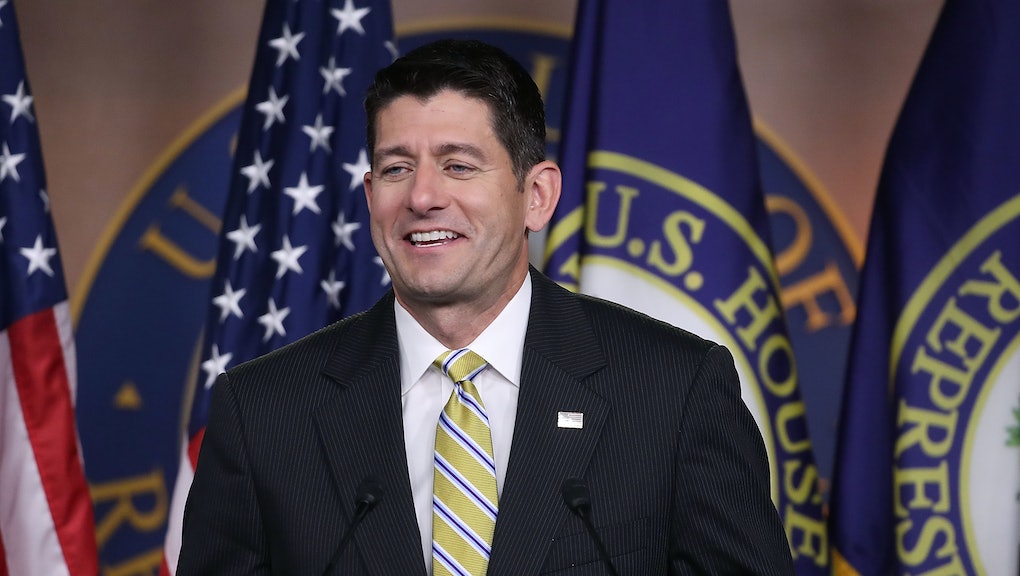 3 things to know as Republicans pivot to tax reform

After a dramatic loss on health care last week, Republicans now appear to be pivoting to the next marquee item on their legislative agenda: tax code reform.

“Given our shared sense of purpose, the time has arrived for the two tax-writing committees to develop and draft legislation that will result in the first comprehensive tax reform in a generation,” House Speaker Paul Ryan, Senate Majority Leader Mitch McConnell and Treasury Secretary Steve Mnuchin said in a joint statement Thursday. “American families are counting on us to deliver historic tax reform. And we will.”

According to the statement — also signed by Senate Finance Committee chairman Orrin Hatch (R-Utah) and House Ways and Means Committee chairman Kevin Brady (R-Texas) — the planned reform would seek to protect jobs, grow the economy and provide relief for the middle class.

Just how they plan to do all that, however, remains unclear.

Here’s what you need to know about the tax reform Republicans are hoping to introduce this fall.

There’s no plan yet

In the joint statement, Republican leaders said their “goal is a plan that reduces tax rates as much as possible, allows unprecedented capital expensing, places a priority on permanence and creates a system that encourages American companies to bring back jobs and profits trapped overseas.”

At this point, they don’t appear to have a concrete plan to do those things.

Both House Republicans and then-candidate Donald Trump put out plans in 2016, but the GOP has yet to put forth a detailed plan that addresses how the proposed tax cuts will be paid for in this latest push for reform.

In April, Trump released what the White House lauded as “the biggest tax cut and the largest tax reform in the history of our country” — a one-page plan that would likely be of most benefit to big businesses and the wealthy.

Democrats slammed the brief proposal, but Hatch said the items in the one-page document would “serve as critical guideposts” as reform efforts move forward.

Democrats are trying to be heard on taxes

Senate Democrats have signaled they’re willing to play ball with Republicans on taxes — under certain conditions.

They sent a letter to Republican leadership Tuesday informing the GOP that they will reach across the aisle to reform the tax code if their counterparts agree to three prerequisites: that the bill doesn’t cut taxes for the wealthiest 1% of Americans, doesn’t increase the deficit and goes through the normal legislative process.

It’s unclear how much Republicans — themselves divided on the tax issue — will be willing to compromise with Democrats.

McConnell denounced the letter Tuesday, telling reporters that “we have been informed by a majority of the Democrats ... that most of the principles that would get the country growing again, they’re not interested in addressing” and that Republicans will likely use budget reconciliation to go around the Democrats.

Republicans are working on an ambitious timetable

Supposing Republicans don’t try another immediate push on health care, as Trump has suggested they should, White House officials said they will try to introduce tax legislation in the House this October and get it into the Senate by November.

“So that, I think, is an aggressive schedule, but that is our timetable,” White House legislative director Marc Short said at an event Monday, according to Politico. “I think we’re in for a long fall, legislative calendar-wise.”

The White House will be buttressed by conservative, pro-business groups, who this month are expected to put millions of dollars behind the Republicans’ planned reform, according to Politico.

But the kind of broad tax reform the Republicans seek to enact will require them to delicately navigate a complex web of interests that experts say could doom it to the same fate as their health care reform efforts.

“Distance is a tax reform’s best friend. Once you look at it up close and see the things you have to do, people shy away from it pretty quickly,” William Gale, a Brookings tax policy expert, told Bloomberg. “I don’t see any sense of appreciation of how complicated it will be.”