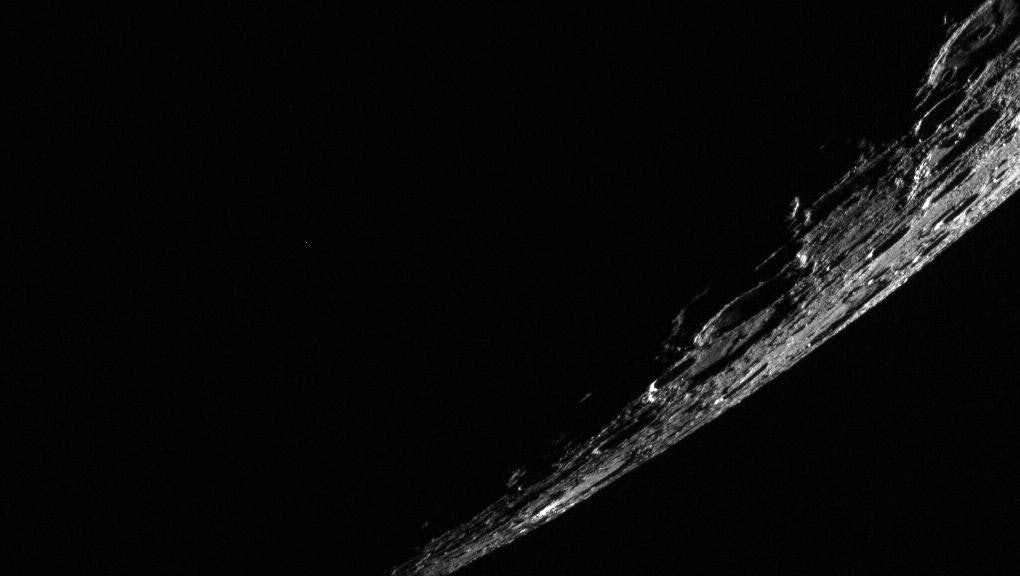 Mercury is the runt of our solar system, but despite its small size, it’s a literal world of secrets. One remaining question might come as a surprise: We still aren’t quite sure what Mercury’s surface is like.

Part of the problem is that only two spacecrafts have ever visited Mercury. Another major factor is that the planet is particularly difficult to study from Earth. Since it’s so close to the sun, it’s rare to be able to see Mercury without also seeing the sun, as that can only be done during short periods of time as the sun is rising or setting. And looking at both at once is pretty much a non-starter: The sun is so bright that its light masks Mercury.

So the solar eclipse is an unusual opportunity to study Mercury with minimal interference from the sun. And one team of astronomers is seizing that opportunity in a very dramatic way.

The solar eclipse will give scientists a huge opportunity

These astronomers’ plan includes two NASA WB-57F jet planes, each with visible and infrared telescopes in an instrument compartment at the plane’s nose. On Aug. 21, the two planes will fly about 45 miles apart from each other over the neighborhood of Carbondale, Illinois, a prime eclipse-viewing location. Prior to eclipse totality, they’ll spend a half-hour capturing images of Mercury, then they’ll turn their sights to the sun’s corona during totality. After the moon begins to clear the sun again, they’ll catch another half-hour’s worth of Mercury data.

When they’re studying Mercury, they’ll be taking images of what’s called near-infrared light, which travels in waves just a tiny bit longer than what human eyes see as red. The wavelength of light you’re observing affects what part of the planet you learn about — the longer the wavelength, the deeper below the surface you can see. Visible light reveals the top surface of Mercury (just like it does to your eyes here on Earth), and longer varieties of infrared can tell scientists what’s going on as far as five feet below the surface.

But until now, no one has quite managed to use near-infrared light for Mercury studies, and the joint European and Japanese mission to Mercury due to launch in 2018 won’t change that — they still leave a gap between light with wavelengths of about one to seven microns. So during the eclipse, the plane-bound telescopes will be measuring between about three and five microns, prime near-infrared territory.

That near-infrared light is so valuable because it will let the researchers study just the top few centimeters of Mercury’s surface. Specifically, it will catch the energy that Mercury’s surface absorbed from the sun during the day and will radiate back out to space during the night.

Think about all of the benches you’ve sat on during sunny days. Benches made of black stone or metal painted black tend to toast your butt, even early in the evening, whereas benches made of white stone or wood are cooler to sit on. The same basic thing happens with planets — and how long it takes for a planet’s surface to re-radiate that heat can tell scientists what the surface looks like, particularly on a planet like Mercury that doesn’t have much atmosphere to slow down the process.

Fortunately, during the eclipse we’ll see just 6% of Mercury’s daylit surface, while the rest of the planet’s disc facing us will be at night. But because of the telescope’s resolution, the whole disc of Mercury will span only three or four pixels across. “It’s not going to be this massive, amazing image of Mercury,” said Constantine Tsang, a planetary scientist at the Southwest Research Institute in Boulder who is heading up the Mercury project.

Scientists want to uncover missing pieces of information about Mercury

Tsang expects to see plenty of infrared radiation at the planet’s edges, over its daylit sliver and the edge about to see the sun rise. “The big question is whether we’ll see anything in the middle two pixels, where it’s in darkness,” Tsang said. “The answer depends on what the surface is doing.” He hopes to “see the surface blooming” with near-infrared re-radiation. But if the middle section is already cold, that still says something about the planet: “Not seeing something spectacular in itself for scientific reasons is worthwhile,” he said.

If the observations go well, they could illuminate two key missing pieces of info about Mercury: How porous the surface is and how densely packed the top few centimeters of material are.

That in turn could help scientists crack what’s still the biggest mystery about the planet: How it formed so oddly, with a large, metallic core and not a whole lot else.

But the flight comes with risks

Even with the sun partially eclipsed, the telescopes could be exposed to a dangerous amount of light. “The biggest fear is that we overheat the detectors and start a fire on the plane,” Tsang said. “That would be bad.”

And there’s a scientific risk, too. “I have no idea if this is going to work, to be honest with you,” Tsang said. “It’s something that no one has ever attempted before, to my knowledge.”