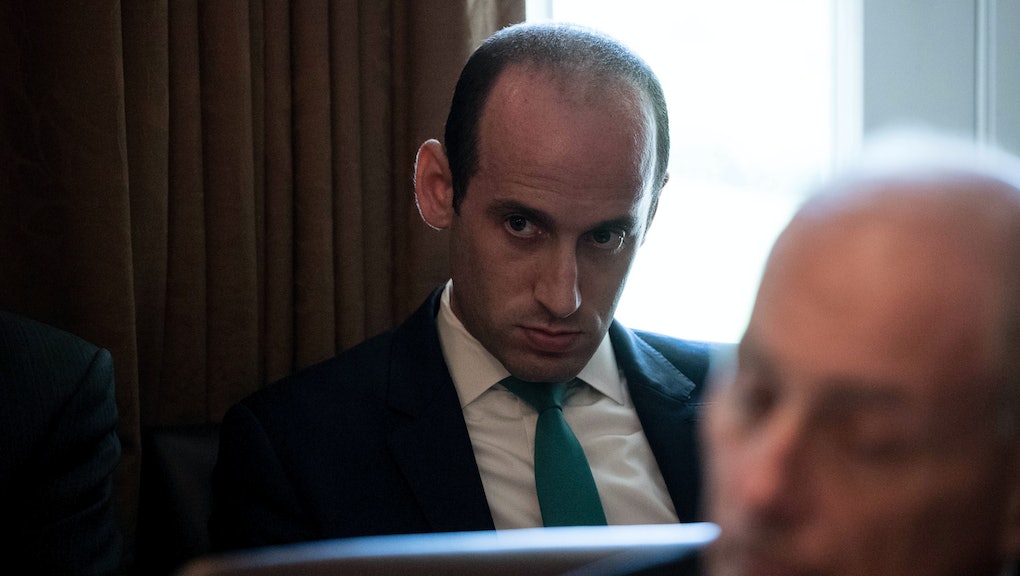 The White House said you must speak English to become a naturalized citizen. That’s false.

While defending the system, Miller said it’s already law that those seeking to become naturalized citizens must speak English.

“The Statue of Liberty says give me your tired, your poor, your huddled masses yearning to breathe free, it doesn’t say anything about speaking English,” CNN reporter Jim Acosta said to Miller.

To which Miller responded, “Well, first of all, right now it’s a requirement that, to be naturalized, you have to speak English,” Miller said.

However, that is not true.

Immigrants who meet certain qualifications can receive exemptions to take the civics test in their native language.

Those who have a “physical or developmental disability or mental impairment” may also be eligible for an exemption, according to the USCIS.

What’s more, the naturalization test does not require applicants to speak English fluently in order to pass.

According to USCIS policy, “a naturalization applicant must only demonstrate an ability to read, write, speak and understand words in ordinary usage.”

That means applicants can have “noticeable errors in pronouncing, constructing, spelling and understanding completely certain words, phrases and sentences” and still pass.

“If the applicant generally understands and responds meaningfully to questions relevant to his or her naturalization eligibility, then he or she has sufficiently demonstrated the ability to speak English,” the USCIS rules state.