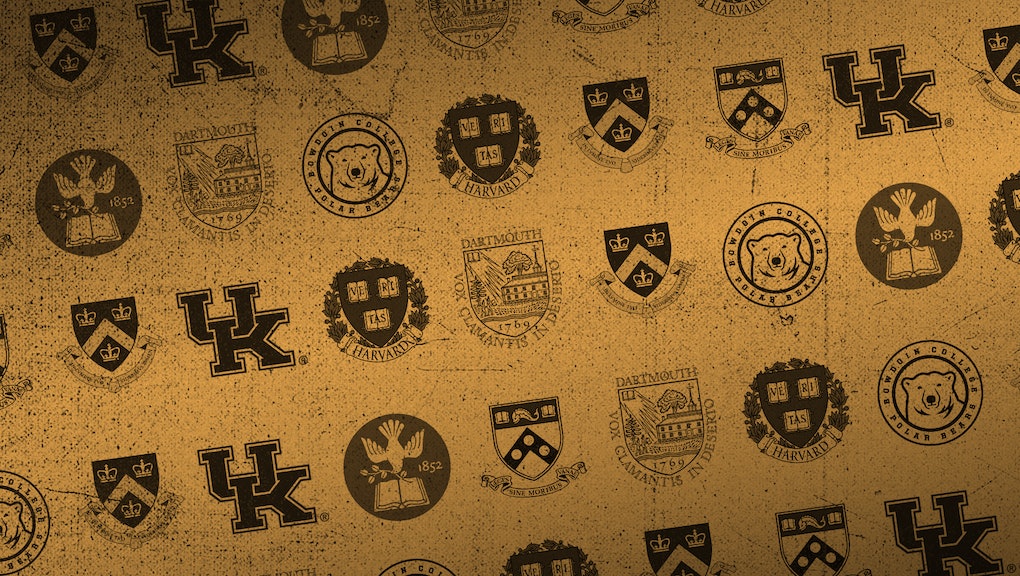 Affirmative action policies have often been falsely characterized as disadvantageous to white students, leaving students of color open to questioning of the validity of their acceptances to Ivy League schools and other elite institutions of higher education.

While the Trump administration has denied a recent New York Times report that the Department of Justice is considering investigating colleges and universities whose race- and gender-based admissions practices could “discriminate against white people,” misconceptions about affirmative action are widespread — and nothing new.

Mic spoke with eight current and former students about their experiences as people of color on prestigious college campuses and how the term “affirmative action” was often used to discredit their achievements.

These stories have been edited for length and clarity.

“Being one of the very few African-Americans in [Columbia’s MFA writing program], I expected a certain level of incredulity from my white counterparts, but I’m more taken aback when other people of color suggest that I was admitted based on anything but merit. A number of other nonblack students of color have made jokes about ‘the black card,’ which is the idea that black people get some set of vague, automatic, compensatory advantages in college admissions and job opportunities that other minorities do not.

“The most frustrating experience I’ve had with the ‘Ivy While Black’ credibility deficit took place in a writing workshop. A white professor leading a discussion of one of my essays took me to task for using words in my writing that she was certain I could not know the meaning of. When I gently assured her that I did, in fact, know and understand the words I was using in my writing, the professor insisted that I would only unlock my ‘authentic voice’ if I ‘wrote how [I] talk.’

“It would be hard to overstate the durability of the notion that black Ivy League students are undeserving imposters.”

“Twenty years ago, I left central Kansas for the University of Pennsylvania. From Penn, to graduate work at Harvard, to a civilian position within the Department of Defense, to doctoral studies at Tufts, I have heard both crude and nuanced versions of the same question: ‘Did affirmative action play a role in you being accepted into Penn/Harvard/Tufts?’ It took several years after graduating from Penn to formulate my stock answer of ‘Maybe, but it damn sure didn’t help me graduate with honors.’

“During a reception for junior scholars at the International Studies Association’s annual conference, I was among a small group of students speaking with a tenured political scientist about the paucity of tenure-track positions when one of the students stated, ‘Meg, you have nothing to worry about. You’re a black woman who studies international relations and security. You’ll get a position because departments need someone like you.’

“Knowing this, I struggle to say no when a professor or administrator (or previously a boss or colleague) asks something of me. I worry constantly about the implications of saying no.”

“I was talking to a girl who got off the wait list, and I was talking about my college essays and my family background before I got here, because I wanted to share something about myself with her. She said to me, ‘I would have gotten in earlier, too, if I was also a black sob story.’

“To say that I’m a black sob story because I had a different experience than her is to say that I’m only here to entertain people. And that’s just not true. I came to Columbia to slay, and I did.

“To consider people who are [accepted into college because of] affirmative action as people who are quota fillers — people who are taking spots — is to say that you already think that you’re better. But if you didn’t get in ahead of time, that means that you weren’t better. It’s just something to consider. If you’re trying to go to college to become a better person, to learn about the world around you, it’s important to create a diverse class. And that’s essentially what affirmative action helps people do.”

“I went to Riverside High School in Durham, North Carolina, where each morning they would announce college acceptances of the seniors. I had just received my acceptance letter to Bowdoin College, a small private liberal arts college that hardly anyone at my school had heard of.

“When they announced my name and acceptance with that deep North Carolina accent, my best friend, who did not recognize the school, decided to Google it. After he looked at the website and realized it was an awesome school, the first thing he said was, ‘You got in because you’re black.’”

“My mom encouraged me to mark ‘white’ on all college-related applications because she thought that if I wholly claimed my father’s racial identity, no one would be able to pigeonhole me for being another ‘affirmative action’ student.

“I was part of the first generation in my family to graduate high school without a GED and the first person in my family to graduate from a four-year university, let alone an Ivy League. I thought that coming to Dartmouth proved my worth as a student, but apparently the specter of affirmative action, combined with the conspicuous absence of similar contempt for ‘legacy’ students, was enough for folks to write me off.

“In an environmental studies seminar, I was systemically excluded from a group project, and when I asked the group leader why I was being left out, she told me that she felt I was ‘incompetent’ and made the decision to do the work without my input. After we argued, she reported me to the professor for ‘threatening her’ and I was sent to counseling for ‘sensitivity training.’

“This was not the only incident of students assuming my incompetence, and the anonymous online messaging boards often targeted students of color, saying that the only reason we were there was because of affirmative action.”

“No matter how good my college experience was, the fact remains that I was a black woman at a university where only 8% of its roughly 30,000 students were black.

“My first experience was in high school, on a day when several of my friends and I were in the hallway discussing our acceptance into UK and our various scholarship awards from the same scholarship program. One of my white classmates overheard us and made a point to say, ‘Well, I sure wish I could get a scholarship just for being black.’

“I also received looks of surprise and hushed whispers when I was the first and only black student to enter my honors classes on the first day of the semester.

“What bothered me most about those experiences is that I worked extremely hard to get into college, to earn a scholarship, and even harder to keep it. Nothing was given to me or any other person of color in college. If anything, we have to work harder to prove ourselves.

“What people need to understand is that affirmative action does not steal opportunity from anyone to give it away to others. It does make institutions accountable for being inclusive and it does ensure that people of color (the LGBTQ community, women, elders and everyone else) at least have a chance to compete.”

“My experience with affirmative action on this campus [Columbia] is that students still don’t seem to understand the value that the diversity of students who are coming from all walks of life bring to this campus; that the quality of discourse is increased when you have different perspectives.

“We, as students of color and students from different socioeconomic statuses, serve a huge role on this campus in teaching our peers about that experience and our voices are needed.

“I definitely came to this campus because I was qualified academically, but I was also qualified because I come from an immigrant background, and that makes me probably add a lot more to the discussion in a class on immigration policy.

“I’m fine with people on this campus thinking I got in because I’m Latina, because guess what? We need more Latinas on this campus. This experience led me to work in the Office of Public Engagement in the White House doing Latino engagement and serving my country.”

“As a person of color in an Ivy League institution, I would always have to defend myself and explain my existence on campus. Yes, I understand I am brown and I am a person of color, but that is not the reason I got accepted. I come from a 3.9 GPA, I speak four languages, I did great on the SATs, but at first sight, people don’t see that. People just see, because of my phenotypes, that that must be the number one reason I got accepted — and it’s not.

“Affirmative Action just gives an opportunity to those individuals that are trying, and were given the short end of the stick. Let’s not forget this country was founded on racism, bigotry and the oppression of people for the benefit of others. This is just trying to amend those horrific acts that occurred since the birth of this nation that still affect us to this day.”

Mic’s Jordyn Taylor and Ben Moe contributed to this report.