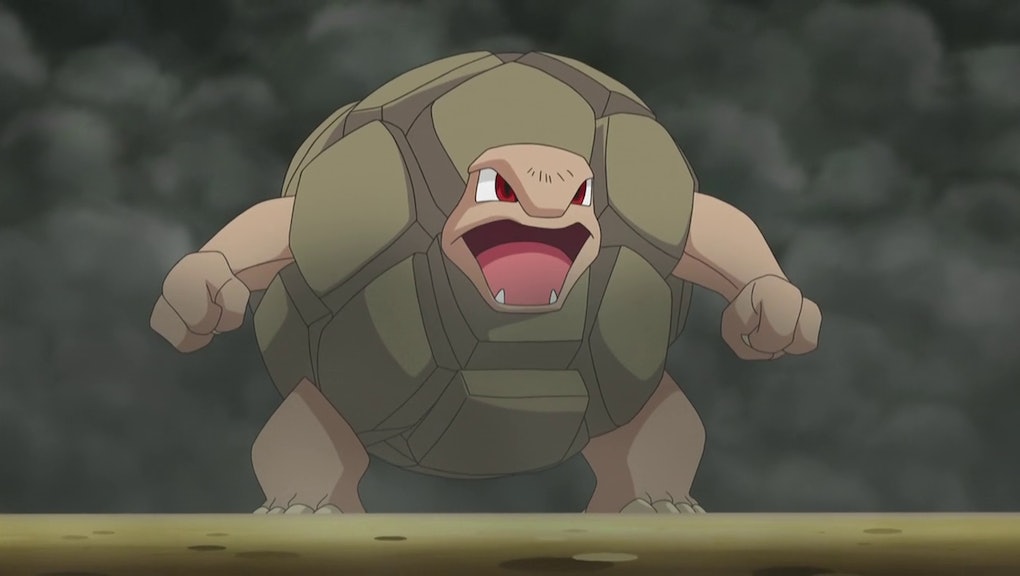 Moltres ‘Pokémon Go’ Weakness: Two players toppled the legendary bird in a raid to prove they could

Legendary raids in Pokémon Go are a bit of a mixed bag. Sure they’ve introduced powerful and exciting new monsters like Articuno and Lugia into the game, but they’re also unevenly available to all players.

Moltres, the flagship legendary for Team Valor and all around fiery dude, was released on Aug. 1. Although we’ve reported that it’s slightly easier to defeat than Lugia or Articuno, two players have proven just how easy “easier” is.

Eurogamer reported that two trainers managed to take down Moltres on their own using an entire team of Golems. You can watch the massively sped-up carnage below:

These trainers used Golem because they’re easier to catch. According to the Silph Road subreddit however, the easiest way to do this would be to catch 17 Omastars with Rock Throw and Rock Slide. It’s a stretch to call acquiring 22 Golems “easier,” but as the video proves, it works.

Pokémon Go Moltres raid: Smaller raid numbers need to be a design consideration, not a fluke

Although it’s novel that two trainers were able to take down a legendary Pokémon by throwing a ridiculous number of powerful counters against it, this isn’t feasible for the bulk of players. Frankly, that shouldn’t have to be the only way to take down legendaries with a small number of trainers.

Eurogamer’s report notes that in spite of legendary raids encouraging a full team of 20 people to participate, they can be taken with far fewer numbers — specifically, 10 trainers could conceivably beat Lugia and eight could take down an Articuno. However this doesn’t really help players in a game that lacks effective in-app organizing mechanics. Without these, it’s impossible for Pokémon Go to give players the level of excitement it professes to offer in its gameplay trailers:

The lack of in-app organizing is especially frustrating when it leads to near misses, such as when I walked out of my house and directly into a crowd of 15 people who’d just finished a Moltres raid, without me ever knowing it was even happening.

If there was an option for a solo Moltres raid, I’d accept it in a heartbeat, even if it meant taking a massive hit on that Pokémon’s stats when I capture it. It would certainly beat missing out on raids because I’m not in the right place at the right time. Community tools like the Silph Road and Discord are effective, but they’re not a solution. For a game with as large of a community as Pokémon Go — and for the community they profess to want to build — it’s a waste to deny people the ability to participate in the game on their own terms and in their own way.

Raids are here — and not just for ordinary Pokémon. Check out our coverage of thelegendaries now in-game, Lugia and Articuno. Find out what went wrong at the Pokémon Go Fest in Chicago while you wait for the debut of the European Safari Zones in August and September. Finally, check out some reporting on the issues plaguing rural players a year after launch, how the game created a spacefor black female gamers and how Pokémon Go can continue to build its community.