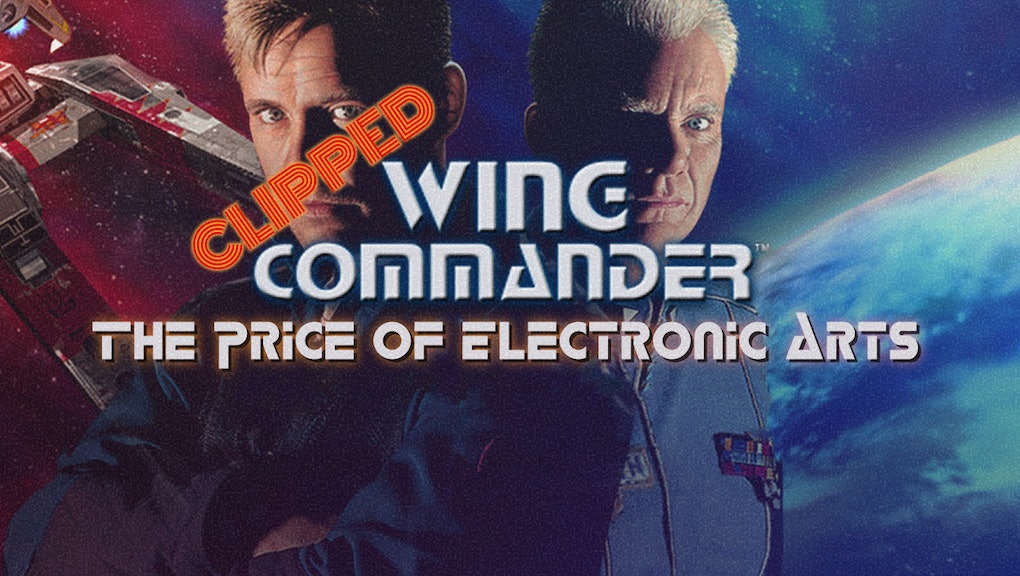 BioWare Montreal Closes: Will EA kill this brand like it has these? Part 1: Origin and Westwood

BioWare Montreal, developer of the divisive Mass Effect: Andromeda, will be closed and folded into EA Motive. In May, the studio was downgraded to a support studio and assigned to work on Star Wars Battlefront 2 and provide long-term support for Andromeda. During this switch over, some employees were transferred to EA Motive. Now, according to EA CFO Blake Jorgensen during the Q1 2018 EA earnings call, the entire studio will be shut down, and the BioWare Montreal name retired.

With the closing of the Montreal studio, that only leaves BioWare Austin, which provides development and support for the ongoing Star Wars: The Old Republic MMO, and BioWare Edmonton, the original BioWare studio and the one responsible for the upcoming Anthem. With Star Wars: The Old Republic looking long in the tooth, the BioWare name seems to be riding on the success or failure of Anthem to determine its fate. EA has consistently had a habit of buying up big name studios through the years and punishing any failure by ending their legacies.

Below are four studios that EA purchased that used to be industry icons and are now just ghosts living on through the descendants of their original intellectual properties.

Origin Systems found its success when the majority of the gaming industry was in turmoil. The year 1983 was terrible for giants like Atari, but those making games for the Apple II, the Atari 8-bit and other early PCs were having much better luck. Richard “Lord British” Garriott de Cayeux (né Garriott) and his brother Robert formed the company and quickly released Ultima III: Exodus which sold well enough for the company to be considered a success.

Eventually, Origin would go on to release seven more main Ultima games, a host of ports and spin-offs, including the very successful Ultima Online. The studio was also responsible for the much beloved Wing Commander space sim series, and dozens of other classic games. Electronic Arts bought Origin Systems in 1992, and by 1996 the studio had grown to over 300 employees.

However, in 1999 the company’s luck turned with the weak sales of Ultima IX. EA had previous already decided to make the company focus on online-only development after that game’s release, and with its failure, EA canceled a slew of projects that Origin had planned. Ultima Online: Origin, Privateer 3, Harry Potter Online, and other games were all put on the chopping block. In fact, Ultima IX would be the studio’s last full game release, though it stayed active to support Ultima Online until 2004.

Richard Farriot de Cayuex left Origin in 2000 to form Destination Games, and after that, the studio was on life-support. The studio quietly withered away until EA finally closed it in 2004. Now, Origin is the name for EA’s PC digital marketplace, which given the criticism the software has faced in the past, is an ignominious fate for such an influential name in gaming.

Westwood Studios was formed in 1985 and began its existence taking contract work from other video game companies like Epyx and Strategic Simulations, Inc porting 8-bit titles to newer 16-bit systems. Ironically, their first original title was Mars Saga, which was published by Electronic Arts. The studio’s first big success was 1990’s Eye of the Beholder, published by SSI, and through the early 1990s, the studio had a reputation for releasing great products without the delays that plagued some other companies.

In 1992 Westwood cemented its place in gaming legend with the release of Dune II. This game was the first “modern” real-time strategy title and introduced many of the conventions we still see in the genre today. Mouse-based unit selection and management, fog of war, and the interplay between resource gathering and base-building all combined to form the progenitor to great names like StarCraft and Command and Conquer.

In the same year, Dune II was released, Westwood was acquired by Virgin Interactive, but this only seemed to bolster the studio’s success. In 1995, the company released the first game in the franchise it’s best known for, and one of the icons of the RTS genre: Command & Conquer. This game built on the foundation set down for Dune II and added cheesy, but awesome, live-action cutscenes, and pre-rendered 3D models for in-game sprites. It also had a killer soundtrack, which was facilitated by Westwood’s decision to only release the game via CD-ROM.

Westwood would go on to release the spin-off series Command & Conquer: Red Alert, and other successful and influential titles. In 1998, the studio was receiving around 5% of the combined revenue from the entire PC gaming market, and this made them a target for a buyout. In that year, Electronic Arts purchased Westwood for $122.5 million. In response many Westwood employees quit, leaving many internal projects without proper staffing.

After EA’s acquisition of the studio, things get a bit hazy. With Westwood, EA also got Virgin Interactive’s North American assets and Burst Studios. All of these were placed under operational control of a new company: Westwood Pacific. In early 2003, EA combined its Los Angeles, Irvine and Los Vegas studios into one facility which fell under the new EA Pacific branding.

As for Westwood’s legacy, the studio’s name was discontinued after the combination of West Coast studios under the EA Pacific umbrella. EA Pacific itself would be disbanded after only developing one title, Command & Conquer: Generals, in August 2003 when it merged with EA Los Angeles. Both studios were moved to a new combined campus and continued under the EA Los Angeles moniker until 2010 when the studio was rebranded again to Danger Close Games. Danger Close was formed to focus on the Medal of Honor franchise, but after the lukewarm reception of Medal of Honor: Warfighter in 2012 that series was put on hiatus.

In 2013, Danger Close Games had yet another name change, this time to DICE Los Angeles. DICE LA hasn’t developed any titles of its own and exists to support EA DICE’s overall operations.

We’ve talked about how two of the biggest names in gaming faded away under EA’s watch, but we’ve just hit the tip of the iceburg. In part 2 we’ll be looking at Maxis, the creators of the monolithic The Sims series, and Pandemic, who made the successful Mercenaries series, the cult classic Destroy All Humans, and the original Star Wars: Battlefront and Star Wars: Battlefront II.