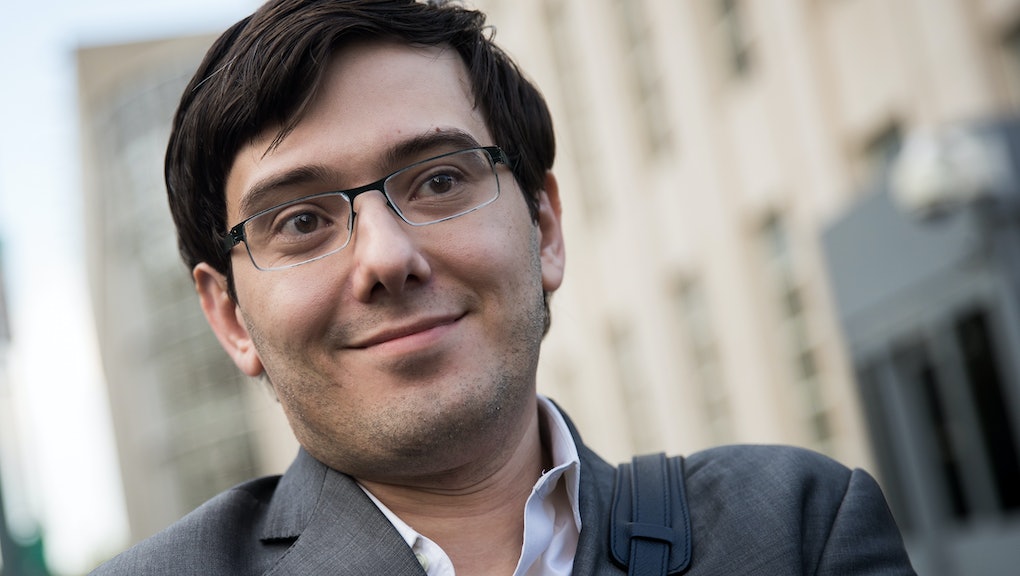 Shkreli, 34, was facing eight counts for his involvement in a money-making scheme from at least 2009 to 2014. During that time he is believed to have misled investors and covered up losses by doling out stock in Retrophin, his pharmaceutical company.

At one point he claimed he had $40 million in one of his hedge funds when it had only $300 in the bank, NBC New York reported on Friday.

After five days of deliberations, a jury returned a guilty verdicts on three of the eight counts on Friday, according to NBC New York.

Shkreli, who also gained notoriety for his behavior on Twitter — specifically for harassing journalist Lauren Duca — faced up to 20 years in prison, though NBC New York reported he will likely receive “far less” time than that.